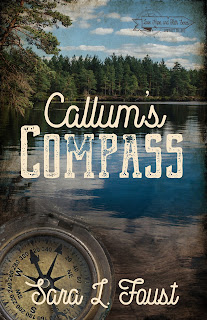 Sara L. Foust has graciously offered to give away an electronic copy of this new release. You can enter by using the Rafflecopter link at the end of the post. (Giveaway ends November 3, 2017. If you are the randomly chosen winner, I'll contact you and pass on your information.)


The story behind the story...

Callum's Compass came from an idea I originally had in high school. What if I could prove that mountain lions had returned to East Tennessee? The plot line has changed a lot since then, but when you read it, you will find that mountain lion element still makes an appearance. The treasure hunt that Kat Williams goes on was inspired by my uncle Jim. He was a clever man. Growing up, he left clues to 'treasure hunts' for my cousins to find in between chores. And, when we went on family vacations, he created real treasure hunts with gold coins (or chocolate doughnuts) as the prize. The first clue Kat finds is one Uncle Jim created and left for us on a trip to Outer Banks, North Carolina. He had us stumped all day, and we even had to call his son, who was unable to make the trip, for help. We eventually solved all the clues and used a metal detector to find buried gold on the beach. These are some of the BEST memories I have, and I still miss him every day. I started my own scavenger hunt on Facebook for the rest of October, I would love for your readers to check it out! Here is the blog link for the rules and instructions https://saralfoust.com/2017/10/16/scavenger-hunt/

Blurb...
KAT WILLIAMS’S brother died in a gruesome accident in the mountains of East Tennessee. She blames herself.

RYAN JENKINS’S fiancée was murdered. He couldn’t protect her.

With the death of her brother, Kat believes she is unworthy of love from anyone—even God. When a good friend elicits a promise that she will stop living in the past and then leaves her clues to a real-life treasure hunt, Kat embarks on an adventure chock-full of danger. To find the treasure, Kat will have to survive wild animals—and even wilder men. Can she rely on Ryan, the handsome wildlife officer assigned to protect her . . . without falling in love?


Ryan swore off love when his fiancée was murdered, but feelings long-buried rise to the surface around Kat. He volunteers to help with her treasure hunt, vowing to keep her safe. Together they venture deep into caves and tunnels . . . and even deeper into the depths of their unplumbed hearts. 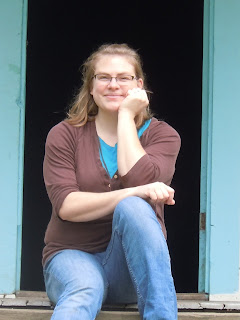 Sara writes Inspirational Romantic Suspense from a mini-farm in East Tennessee, where she lives with her husband and their five homeschooled children. She earned her bachelor's degree in Animal Science from the University of Tennessee and is a member of American Christian Fiction Writers and Tennessee Mountain Writers. Her debut novel Collum's Compass won second place in Deep River Books' 2017 Writers Contest. She also has a story, "Leap of Faith," appearing in Chicken Soup for the Soul: Step Outside Your Comfort Zone. Sara finds inspiration in her faith, her family, and the beauty of nature. When she isn't writing, you can find her reading, camping, and spending time outdoors with her family. To learn more about her and her work or to become a part of her email friend's group, please visit www.saralfoust.com

Where to find Sara online...

a Rafflecopter giveaway
Posted by Leslie at 3:30 AM