December Book of the Month 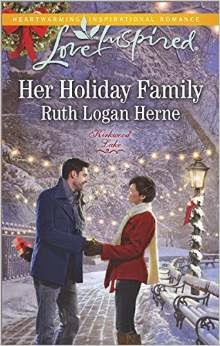 My book of the month is a holiday treasure from Ruth Logan Herne. Before posting my review, here's a bit of background information from Ruth.

I come from a big family. So does my husband. And then we went and had six kids. What were we thinking??? Wouldn't you think we learned from experience? Clearly not! So when I was putting together Max and Tina's romance, Max was adopted into the big, beautiful, close-knit Campbell clan in Kirkwood Lake. A Latino boy, dumped by his mother and then given a great second chance. But Tina has almost no family except for an aunt and cousin who have nothing to do with her. She's lost so much: her family, her business, and some of her self-respect with romance gone bad. Giving Tina her happy ending wasn't easy because she's a stubborn, independent, do-it-myself type, so she needed a hero who could stand his ground. Who better than Max Campbell, a special ops soldier who goes the distance for God… And his country. A man who comes home to face the past in order to help his family face the future: the loss of the father he loves so much.

HER HOLIDAY FAMILY by Ruth Logan Herne: Tina Martinelli watches her dreams go up in smoke, right along with her café. She is forced to reevaluate her future plans. She considers starting a new in another town, where she would be away from the nagging reminders of her past. Her childhood crush Max Campbell is in town to begin his life after leaving the military. The Army and death of his best friend changed him. He regrets his time away from his family and friends and wants to start over. He would love for Tina to be part of his future plans. He is praying that God grants him the opportunity to have a do-over. Tina finds it hard to focus on anything other than broken engagements, loss, and burned-out dreams. Can she trust God for direction?

Herne’s characters remind the reader that it is ironic to believe that our plans are better than God’s. In life, one is often given a second chance, though moving on without facing the past is impossible. Faith, family, and forgiveness abound in this charming holiday-themed treasure

To Connect with Ruth... 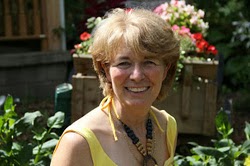 I love hearing from readers! E-mail me at loganherne@gmail.com, find me on Facebook http://facebook.com/ruthloganherne, stop by my website http://ruthloganherne.com, or hang with me and a bunch of delightful readers and writers in Seekerville www.seekerville.blogspot.com