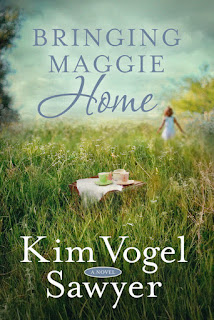 Hazel DeFord is haunted by her past and the seventy-year-old mystery of what happened to her three-year-old sister Maggie, who disappeared while they were picking blackberries. No one, including Hazel’s daughter Diane and granddaughter Meghan, knows about Maggie. However, that changes when Meghan goes to spend time with Hazel while recovering from an injury. Diane decides to stay with them as well, as she hopes to convince Hazel to move into an assisted living facility. Three generations are now living under the same roof, which may prove to be a challenge for all of them. Through an unexpected series of events, Meghan and Diane learn about Maggie, and Meghan is determined to help Hazel find out the truth behind the disappearance and whether or not Maggie is still alive. Will Meghan succeed in solving the family mystery?

I read a LOT of books, and I don’t say this often about a book, but this is one of the most engaging books I’ve read this year! I did not want to put it down! The emotions, the depth to the characters, the rich details, family dynamics, beautiful prose… There are so many things to gush over. Three generations of characters (Hazel, Diane, and Meghan) are seamlessly woven together to show God’s perfect timing. The story is told through alternating time frames (1943 and 2013) and POV’s, and the pages just fly by as the reader gets absorbed in the story. Some of my favorite moments are the scenes between Hazel and Meghan, grandmother and granddaughter. It’s a good idea to have Kleenex nearby, as you’re likely to be laughing one moment and crying the next (but in a good way!). An overall theme in the book is choosing God over fear. A reader’s guide with questions is included.

Some of my favorite quotes are these great reminders:


Disclaimer: I received a complimentary copy as part of the LitFuse blog tour program. I was not required to leave a positive review. 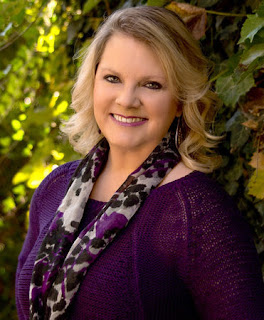 Kim Vogel Sawyer is a highly acclaimed, best-selling author with more than one million books in print, in several different languages. Her titles have earned numerous accolades, including the ACFW Carol Award, the Inspirational Readers Choice Award, and the Gayle Wilson Award of Excellence. Kim lives in central Kansas with her retired military husband Don,where she continues to write gentle stories of hope and redemption. She enjoys spending time with her three daughters and grandchildren.

Where you can find Kim online...