"Playing for More" by Case Keenum 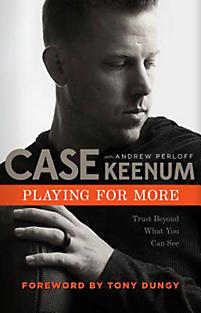 If you are a fan of football, this may be one book to add to your list. With a foreword from Tony Dungy, this book chronicles Case Keenum’s journey from childhood to being on top after winning the Super Bowl. Along the way, in addition to learning his football path, the reader also learns about Case’s faith journey. And, for him, faith comes first, then family, then football.

In a world seemingly full of negative news everywhere you turn, it’s refreshing to read a positive story, such as Case’s (and it was fun to see my favorite team, the NY Giants, mentioned a few times, as well!). Case is upfront about the fact that he is a Christian first and foremost, and he uses football to glorify God.

While this book could be read by anyone, there is a lot of technical talk and name-dropping, so it would be best enjoyed by a football fan. Overall, it is a quick read.

A few of my favorite quotes include:

Disclaimer: I received a copy from the publisher (B&H Blogger Program), but I wasn’t required to leave a positive review. 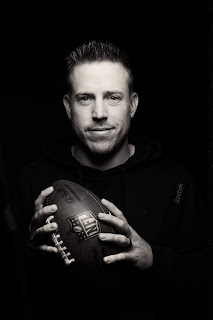 Case Keenum has traveled one of the most unique paths of any NFL quarterback. Case received only one scholarship offer, from the University of Houston, and went undrafted despite breaking multiple NCAA football passing records. He has overcome every obstacle to become a successful starting quarterback. In 2017, Keenum captured America’s imagination by leading the Minnesota Vikings to a 13-3 record and an NFC North title. His game-winning touchdown in the final seconds of their divisional playoff game against the Saints, the “Minneapolis Miracle,” made Case part of NFL history.
Keenum holds the all-time college football mark for passing yards (19,217), touchdown passes (155), total touchdowns (178), and completions (1,546). He was Conference USA Freshman of the year in 2007, Conference USA Offensive Player of the Year in 2008 and Conference USA Most Valuable Player in 2009 and 2011. He is one of only two quarterbacks to win the Sammy Baugh Award for the nation’s outstanding passer twice (2009 and 2011).
Keenum signed with the Houston Texans as an undrafted free agent in 2012. He has a record of 20-18 as an NFL starter with the Texans, Rams, and Vikings. He posted career-highs in passing yards and touchdowns with Minnesota in 2017 and signed with the Denver Broncos in March 2018.