"Lethal Target" by Janice Cantore ... and a GIVEAWAY! 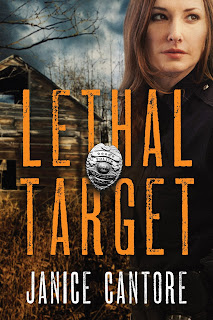 Janice is here to share a bit about her latest release, Lethal Target.  Her publisher has offered to give away a hard copy of the book (US ONLY).  You can enter by using the Rafflecopter link at the end of the post. (Giveaway ends October 26, 2018. If you are the randomly chosen winner, I'll contact you.)  Here's Janice...

“And yet we adore a romance in which a defiant struggle against weakness turns to a virtue, and a physical wound becomes a metaphor for the healing power of the beloved.”
Eloisa James

The Strength of the Wounded Hero

I think the wounded hero appeals to readers, especially readers of romantic suspense, for a couple of reasons. First, people like to root for the underdog. A wounded hero, someone who’s lost something or someone and who is shut down and hesitant to get involved with life again, and often doesn’t unless forced, is someone we can cheer to change. If the character is sympathetic—and usually we see flashes of virtue and unshakable loyalty in these heroes—we root for them to change, to overcome the pain. Second, the wounded hero’s story raises questions: Will the hero’s vulnerability turn into an asset? Is his or her struggle against the pain a virtue? Will true love serve to heal the hurt? Will hope triumph and the hero rise above the pain?

I have to go back to one of my favorite movies: Casablanca. I consider Rick the classic wounded hero. His heart was shattered by a woman, something that he’s never recovered from. And suddenly that woman is back in his life, at a time when the world is in upheaval, and she needs a hero. You can’t watch that movie and not root for Rick to step up, to be the hero, to set aside the hurt and do the right thing. Even after he lashes out at Ilsa, we want to see him win over the bitterness. And because eventually he delivers, the story ends up satisfying, even though he doesn’t get the girl.

In one of my favorite novels, Demolition Angel by Robert Crais, the wounds are not only emotional, but physical as well. Carol Starkey is a bomb tech shattered by an IED that killed her partner and nearly killed her. Years later, she’s still trying to hold it together, and another IED takes the life of another tech. We see the turmoil inside this detective who is hanging on by her fingernails, when this second death sends her right back to the day her partner died. And the bomber isn’t finished; more IEDs explode. Can Starkey pull it together and help catch the bad guy? We so want the answer to that question to be yes. It’s an action-packed novel, but the story is Starkey’s redemption and salvation from the specter of past tragedy.

We want to see the redemption; we want to see our hero healed and whole again, triumphing over whatever it is that wounded him. Whether the wounds be physical, emotional, spiritual, or even imaginary. A more recent movie comes to mind, The Secret Life of Walter Mitty. There was no explosion or broken romance that wounded Walter; rather, life has beaten him down. His father died when he was in his teens and he was forced to grow up fast, set aside his life plans to go to work and support his mother and sister. At the movie’s beginning we see a man who has carefully and steadfastly fulfilled his obligations and let life pass him by in the process. He’s finally ready to strike out for something he wants, finally pursue a romance, but we see the struggle inside as he simply tries to send a woman a “wink.” It’s engaging and sad, and as the movie progresses, we really root for Walter to win, to break out of his shell, to find his true love and live his life.

People like to hope, and they like to see hope fulfilled. The wounded hero and his or her journey is enduring because it gives people hope and it keeps people turning pages, cheering the hero on. The wounded hero will continue to be the foundation of many great stories.

Police Chief Tess O’Rourke must confront the drug problem in her small town once again. She thought she’d taken care of things, but that was before an eighteen-year-old is found dead, likely of an overdose. She believes local pot farms are involved, as well as even deadlier drugs, which could result in even more deaths. As the anniversary of her father’s murder approaches, she continues to hold on to her anger, which is adding to the problems in her relationship with Sergeant Steve Logan. On top of everything, someone from her past has returned, and Tess doesn’t see anything positive coming out of this new development. Will Tess be able to win her war on drugs in her town before someone decides to silence her?

This is the second installment in Cantore’s “Line of Duty” series, though it could be read as a standalone. The author’s experience as a cop adds credibility and insight into the inner workings of the police force. Thankfully, for me, the mystery angle overshadows the romance, making this an interesting crime drama/police procedural. The drug epidemic is a timely topic. While there is a bit of over-detailing at times which stalls the pace, the characters are authentic and the plot realistic. To get a better grip on the characters’ history, it could be beneficial to read the books in order. 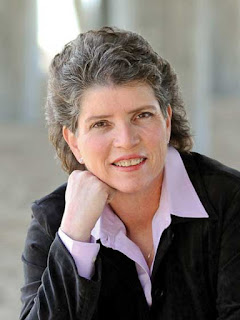 Janice Cantore is a police officer turned writer. She retired from the Long Beach (California) Police Department after twenty-two years—sixteen in uniform, six as a non-career employee. She is currently writing romantic suspense for Tyndale House, and her upcoming release, Lethal Target, second in the Line of Duty series, following Crisis Shot, is set in a small town in Oregon.

a Rafflecopter giveaway
Posted by Leslie at 7:23 AM