"Burden of Proof" by DiAnn Mills ... and a GIVEAWAY! 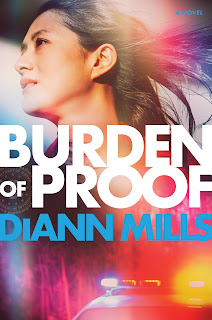 DiAnn is here to share a bit about her latest release, Burden of Proof.  Her publisher has offered to give away a hard copy of the book (US ONLY).  You can enter by using the Rafflecopter link at the end of the post. (Giveaway ends October 18, 2018. If you are the randomly chosen winner, I'll contact you.)  Here's DiAnn...

As a writer of many novels that feature FBI special agents, I’m always looking for ways to apply the research to my personal and professional life. Making solid and responsible decisions is one of those areas.

Think critically.
Using critical thinking skills means exploring all the facts that are relevant to solving a problem or reaching a goal. We are to analyze the findings in search of the best possible solution, be objective, put aside personal biases, and open our minds to embrace plausible answers.

In the midst of controversy, negotiation is a priority.
Angry people are seldom rational. They usually make poor choices that aren’t retractable. Words are powerful; violence is often a crime. When we are in a confrontation, we either need to walk away until the other person’s rage is under control or attempt to talk the person down from potentially harming him/herself or others. If we are the ones with the inappropriate emotions, we need to apply the same two principles.

Rely on our training.
Most of us are not in law enforcement and haven’t received training to negotiate in high-risk settings. But everyday life requires one decision after another. We’ve learned through education, media, role models, and life experiences the importance of sound and reliable decisions. We’ve also learned not to place ourselves in areas where we are not qualified to advise. If a decision regarding a matter is beyond our expertise, we seek guidance or find another person more qualified.

Evaluate the outcome.
While we seldom have a formal debrief after a decision has been made, we should keep ourselves accountable because this is how we learn. Evaluate the entire situation, the choice(s) made, and the outcome. If a poor result occurred, examine how we can improve next time. If the decision proved favorable, record it for the future.

I heard a pastor say that when we make a mistake, we should keep the receipt. Some consequences are too costly to repeat.

When I read these five techniques to making logical decisions, I know I have a lot of work to do. Are there any areas in your decision-making that need improvement?

Surprisingly, this is the first book I have read by Mills. I have heard many good things about her, so I’m glad to have had the opportunity to read one of her books. It did not disappoint.

April Ramos is a skilled negotiator for the FBI. However, she never expected to find herself on the other end of the equation.

Jason Snyder is caring for his baby girl after losing his wife. His world is turned upside down when his best friend is killed and his daughter kidnapped. How far will he go to find his daughter and get justice for his friend?

Mills has crafted well-developed, realistic characters for this tightly plotted suspense. While things started a bit slowly, the pace did pick up and build throughout. April and Jason are strong leads, and I couldn’t help but root for Jason and his daughter. Scenes were easy to visualize. Forgiveness and healing are key themes. As the first book in Mills’ “FBI Rapid Response” series, this installment sets the stage for further engaging reads, particularly as this book contains an ample amount of action and suspense. 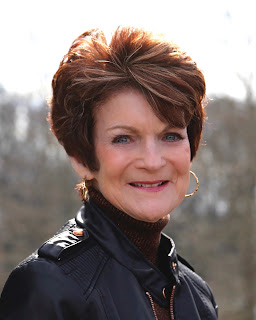 DiAnn Mills is a bestselling author who believes her readers should expect an adventure. She creates action-packed, suspense-filled novels to thrill readers. Her titles have appeared on the CBA and ECPA bestseller lists; won two Christy Awards; and been finalists for the RITA, Daphne du Maurier, Inspirational Reader’s Choice, and Carol Award contests. Firewall, the first book in her Houston: FBI series, was listed by Library Journal as one of the best Christian fiction books of 2014. Connect with DiAnn at www.diannmills.com.

Other places to find DiAnn online...

a Rafflecopter giveaway
Posted by Leslie at 3:59 AM