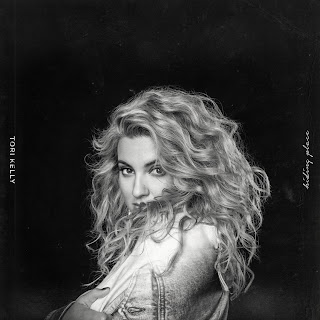 While working on the follow-up to her debut album Unbreakable Smile—a 2015 release that premiered at #2 on the Billboard 200—Tori Kelly felt compelled to include a track that honored her lifelong passion for gospel music. With the help of her manager, Scooter Braun, the L.A.-based singer/songwriter soon connected with Kirk Franklin, a 12-time Grammy Award-winning gospel artist and one of Kelly’s musical idols. “I flew to Dallas and Kirk showed me a few songs he’d written, and I fell in love with all of them,” says Kelly, a 2016 Grammy Award nominee for Best New Artist. “Next thing you know, one song turned into us doing a whole album together. It just took on a life of its own.”

With its R&B-infused, deeply melodic take on classic gospel, Hiding Place offers up what Franklin refers to as “hope-pop”—a classification that fully resonates with Kelly. “One of the things I want for this album is for people to feel uplifted and encouraged when they listen,” she says. “I want them to know that, no matter what they’re going through, there’s a God who loves them so much and so unconditionally, and there’s always a reason to feel hope. That’s what I really believe in, and I want everyone out there to hear my heart.”

As Kelly explains, the title to Hiding Place draws inspiration from a line in one of her favorite psalms (“You are a hiding place for me; you preserve me from trouble; you surround me with songs of deliverance”). “That always stuck with me: this idea of God being a place of safety, a place where you can hide from all the crazy things that this world can throw at us,” she notes.

Produced by Franklin, Hiding Place unfolds with a lush yet simply adorned sound beautifully suited to Kelly’s incomparable voice. “I’ve worked with Mary J. Blige, Bono, Yolanda Adams, and I’ve never seen anyone that’s a monster behind the microphone like Tori Kelly,” says Franklin. “She’d nail one song in three takes, and all those takes were amazing. It set the bar higher for my whole career.”

While half of the songs on Hiding Place were penned solely by Franklin, the remaining tracks came from a collaboration between him and Kelly—the first time that Franklin’s ever co-written in a decades-long career that’s seen his songs performed by legends like Stevie Wonder and Whitney Houston. (“It blew me away that she wanted us to co-write, because she’s a phenomenal songwriter and could’ve easily done it herself,” Franklin says.) And at Franklin’s urging, Hiding Place was mostly recorded at his studio just outside Dallas. “The most important thing to me was that if Tori wanted to do a gospel album—a real, authentic, heart-throbbing gospel album—she’d have to come to the South,” he says. “Then she showed up at my studio with no entourage, no handlers—just Tori and her guitar, standing at my front door.”

With its sonic palette gracefully rooted in live instrumentation, Hiding Place first reveals its unbridled spirit on the album-opening “Masterpiece” (featuring Houston-bred hip-hop artist Lecrae)—a joyfully uptempo track that instantly sweeps the listener into a more radiant state of mind. From there, Kelly delivers her slow-burning lead single “Help Us to Love,” whose breathtaking harmonies feature the famed HamilTones (official background vocalists for Grammy Award-winner Anthony Hamilton). Proving her versatility as an artist and musician, Hiding Place then shifts seamlessly from the silky groove and playful scat singing of “Sunday” to the sweetly ethereal soul of “Just As Sure” (a duet with chart-topping gospel star Jonathan McReynolds) to the quiet intensity of “Psalm 42.” “So many of the songs on this album are so intricate, I wanted a song that I could play completely stripped-down, just me and my guitar,” says Kelly of the tender piano ballad.

One of the most profound moments on Hiding Place, the hushed yet urgent ballad “Questions” finds Kelly tearfully examining the current state of the world (sample lyric: “What happens when the healing never comes?”). “It’s about trying to make sense of all the dark and heavy things that keep happening, sort of crying out to God and asking, ‘What’s going on? I don’t like what I see down here,’” says Kelly. Then, on the subtly determined “Never Alone,” Kelly recollects her own struggles (“I’ve cried many rivers/I’ve walked through some pain/Seen my world crumble”) and ultimately re-discovers comfort and peace through her faith.

On “Soul’s Anthem,” Kelly closes out Hiding Place with an a cappella, full-choir-driven rendition of the beloved hymn “It Is Well.” Perhaps the most powerfully captivating track on the album, “Soul’s Anthem” also gave way to what Kelly considers a landmark moment in her musical career. “Before we started, Kirk said to me, ‘Don’t look at me or the choir, just look down and get into your own world,’” says Kelly, who recorded “Soul’s Anthem” at the iconic Capitol Studios. “So I sang it all the way through, and at one point there’s a part where the choir takes over. I looked up and saw all these incredible singers, and it finally hit me that this was really happening. You can’t hear it on the recording, but I’m crying at the end of the song.”

Looking back on the making of Hiding Place, Kelly still marvels at the experience. “I always thought I would do something like this, but I thought it would be much further down the line,” she says. “It’s been in my heart for some time, but the timing didn’t feel right until now. I didn’t think I’d get the chance to work with someone like Kirk just yet, and that people would be so excited and accepting.” And though the album marks a stylistic departure from her work in the pop world, a commitment to uncompromising artistry carries through all of Kelly’s music. “No matter what genre you’re working in, there should be a level of excellence, and Tori definitely brought that excellence to this album,” says Franklin. “A lot of artists out there will rely on Auto-Tune or studio tricks, but there’s no button you can push for emotion, and there’s no button for skill. Tori is excellent in everything she does, because she’s a real, pure artist.”

As she gets ready to share Hiding Place with the world, Kelly hopes that it might give others the same sense of solace and joy she’s found in gospel in her entire life. And as the album’s creator, one of the most rewarding aspects of Hiding Place was embracing gospel’s boundless intensity, and pushing her vocal performance like never before. “With gospel music, you can’t sing without all your heart being in it,” says Kelly. “This album was an opportunity to not only express my faith and my love for God, but to do what I felt and never hold back. I could just be free and let the song take me over.”

Tori Kelly is widely recognized for her pop songs. I've heard a number of her songs, and I've always been amazed by her voice. So, I was excited to hear her take on a gospel album. It's a perfect fit! I jumped at the chance to review this CD, especially when I knew Kirk Franklin was involved, since he's amazing.

I love that they co-wrote a number of the songs, as well as that songs are based on familiar Scripture verses and songs (as the final song on the album incorporates It Is Well). Overall, the songs are beautifully arranged, allowing Kelly's powerhouse voice to shine through, all the while delivering an uplifting message about God, His love, and who we are to Him.

My advice is to pop in this CD, sit back, close your eyes, and let the words sink into your soul.

My favorite songs are:

Disclaimer: I received a complimentary copy of this album from #FlyByProductions. I wasn't required to write a positive review.
Posted by Leslie at 1:39 PM