"Fit to by Tied" by Debby Mayne 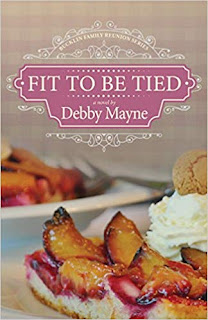 I fell in love with the Bucklin family in High Cotton, so I was really excited to have the chance to review the sequel … and I still love this family!

It’s time for the “yearly” family reunion (though they seem to occur far more frequently, to the dismay of some family members). The explosive events (literally) from last year are still fresh in the minds of many. As a result, Brett doesn’t want to go, but that’s not an option. He tries to steer clear of Julian to avoid any further trouble, especially as Julian seems to get away with everything. But, trouble seems to find Brett anyway. Since Julian’s parents came into money, he lives a privileged life, and his mother, Marybeth, has had just about enough, and she realizes that money doesn’t buy everything. Unfortunately, her husband, Bucky, doesn’t see a problem and is happy with their life.
Thanks to Puddin’ and Shay and their new clothing shop, Coralee has revamped her wardrobe and look and is now attracting all kinds of attention on campus.  Unfortunately, she learns that it may not give her the relationship she deserves.

Twins Sally and Sara are dealing with a lot of changes, starting with the fact that Sally may be moving out of the condo she shares with Sara and her husband. A new relationship throws Sally another curveball. Their mother Sheila can’t help but worry as she sees them growing up and going more in separate directions.

As with the first book, Mayne shows that family can be complicated, to say the least. I like how the title is woven throughout the story. Chapters alternate between characters so the reader gets to see things from just about everyone’s perspective. Some things wrap up a bit too neatly, with minimal drama, which is a bit different than the first book. Food is mentioned a lot in this book (as it’s a key focus at reunions!), so recipes would’ve been a nice addition. Perhaps Mayne will consider that for future books. Overall, if you’re looking for an enjoyable, light read, this is one to check out. 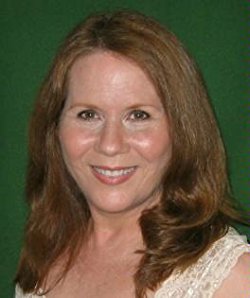 Debby Mayne is the author or more than 40 novels and novellas that have received the "Top Pick" award from Romantic Times Magazine and been among the "Top 10 Favorites" in the Heartsong Presents book club. She writes family and faith-based romances, cozy mysteries, and women's fiction. She has also written more than 1,000 short stories and articles as well as dozens of devotions for busy women. She has worked as managing editor of a national health publication, product information writer for a TV retailer, creative marketing instructor, and copy editor and proofreader for several book publishers. She is currently an etiquette writer for The Spruce, one of the DotDash (formerly About.com) companies.

Debby grew up in a military family, which mean moving every few years throughout her childhood. Debby was born in Alaska, and she has lived in Mississippi, Tennessee, Oregon, Florida, Hawaii, and Japan. Her parents were both from the Deep South, so she enjoys featuring characters with southern drawls, plenty of down-home cooking, and folks with quirky mannerisms.

To learn more about Debby: