"Dangerous Obsession" by Jessica R. Patch ... and a GIVEAWAY! 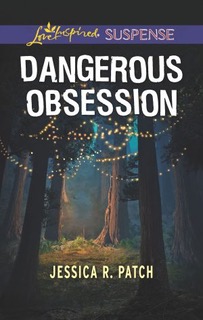 Jessica has offered to give away a copy of the book (US ONLY) . You can enter by using the Rafflecopter link at the end of the post. (Giveaway ends August 10,2018. If you are the randomly chosen winner, I'll contact you.) Here's Jessica...

First off, thank you so much, Leslie, for having me today! I’m thrilled to be here and to be able to giveaway a signed paperback copy of Dangerous Obsession! This is the last book in my Security Specialists series, though it can be read as a standalone, and readers will be seeing some cameos from this special team of protectors in upcoming Love Inspired Suspense novels.

Dangerous Obsession is Wilder Flynn’s story. He’s the team leader who put this band of soldiers together after his sister died. You meet Wilder in Final Verdict (the book that this series hinges on) and gather bits and pieces in the subsequent books, but his full story is revealed here. The truth is, he just showed up on the pages with my hero in Final Verdict and had a certain charm about him as well as a secret…though I wasn’t sure what it was back then. Wilder isn’t much of a talker which is why it was so much fun to put him with a heroine whose sole job is to get people to speak. Enter Cosette LaCroix, a feisty Cajun woman who is the resident psychologist on the team.

By the time I got around to writing his story, I picked up the pieces he tossed out in the other books and worked on getting him to reveal to me the rest of his story. When it finally tumbled out, I was surprised to learn about some of his quirks, his hidden talents, and the big secret. As far as dealing with Cosette, I enlisted my sister, Celeste. She’s a therapist and has a lot of experience dealing with sociopathic behavior as well as traumatized individuals. I knew I wanted a stalker since it would force Wilder to open up and relive some of his painful past, and I knew I needed it to relate to someone he cared about … Cosette! But I like to give readers a fun twist, so I got on the phone one afternoon with my sister. I took a notebook outside by the pool and planted myself on a lounge chair, and we began to talk through some scenarios that would be believable and still fit the Love Inspired Suspense line—which is the heroine and hero must be in constant danger. So why would a stalker want to immediately threaten their object of affection? After discussing some ideas and what would be a natural progression, we had a solid story!

It was so much fun to plot with my sister, and it gave me a new appreciation for her job. Truly, it’s a gift to be able to see the kinds of things she does in real life and not curl up in a ball and check out. I only write about some of the darkness. Also, I should note, she never broke any confidentiality oaths while we brainstormed.

And that’s the story behind the story! I’d love for you to check out my fun facts page about Dangerous Obsession along with the Pinterest story world and grab a fun recipe too! You can find all these fun bonus features and extras on my Book Clubs Page on my website.

I reviewed this book for RT Bookreviews Magazine. Click here to read my review. 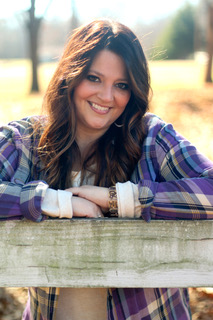 Jessica R. Patch writes inspirational contemporary romance and romantic suspense. She is the author of the Seasons of Hope series, Unleashing Love, and several Love Inspired Suspense novels including, Fatal Reunion, Protective Duty, Concealed Identity, Final Verdict, and the Security Specialists series. Her Storm Chaser series kicks off this holiday season with Cold Case Christmas. You can find her spending time with her family and collecting recipes to amazing dishes she’ll probably never cook. Jessica is represented by Rachel Kent of Books & Such Literary Management.

Where you can find Jessica online...

a Rafflecopter giveaway
Posted by Leslie at 3:39 AM