Takeover Thursday with Bethany Turner ... and a GIVEAWAY! 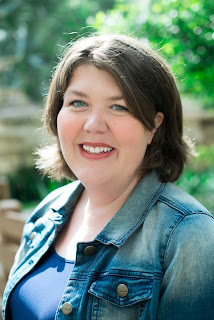 I want to extend a warm welcome to Bethany Turner. She's giving away a hard copy of her book, The Secret Life of Sarah Hollenbeck (US ONLY). You can enter by using the Rafflecopter link at the end of the post. (Giveaway ends December 21, 2017. If you are the randomly chosen winner, I'll contact you and pass on your information.) Now, here's Bethany...

We’ve all heard it said that ignorance is bliss. After my experience in getting The Secret Life of Sarah Hollenbeck written and published, I feel as if I need to add a little something to that.

Sometimes, ignorance is an asset.

When I began writing The Secret Life of Sarah Hollenbeck, I was really just having fun. I had previously self-published a general market women’s fiction series of books which I believe had reached about seventeen readers. (Okay…I’m exaggerating. It may have been more like fourteen.) Those books were written as stress relief. I was managing a bank which was going through its second merger in about a year, and writing had become the outlet I had never known that I needed. I didn’t originally have any intent, or even desire, to publish. As far as I was concerned, the beginning of my writing endeavors was also going to be the end of my writing endeavors.

And then…The Secret Life of Sarah Hollenbeck. I had walked away from my banking career, convinced that God was calling me to something different. It was terrifying and adventurous and thrilling and…did I mention terrifying? But it was also so very freeing. Despite the career uncertainty (and the financial uncertainty which accompanied it), I had never been more certain in my life that I was doing the right thing. I didn’t know what the future held, but in the present, God was telling me to write. The idea for The Secret Life of Sarah Hollenbeck came in a moment, the first chapter was there within hours, and the first draft was there within six weeks.

How often do we mess up the question because we think we know the answers? How often do we neglect to even ask the question for that same reason? Answering for myself, I’d have to say all the time. Seriously. All the time! I feel God leading one way, but I give other people’s answers for them. And when I do that, the answer is almost always, “No.” But for whatever reason, as I was writing The Secret Life of Sarah Hollenbeck, I finally paid attention as God told me, “Wait. Just wait. Don’t try to figure it out. I’ve already got it all taken care of. Trust me.”

I don’t believe that my journey to publication is typical, and I am certainly not trying to minimize the importance of studying the craft, making connections, building a platform, etc. That is all incredibly important, and I am continually striving to improve in all of those areas. But I do believe that sometimes the Lord uses the nontraditional path, the unexpected breakthrough, the against-the-odds story to remind us that He has the answers to the questions that we sometimes neglect to ask. To remind us that we don’t know it all, and that we absolutely do not know better than He does.

Sometimes we just need a reminder that as we strive for success and try to soak up every bit of information we can, our greatest asset just might be ignorance. 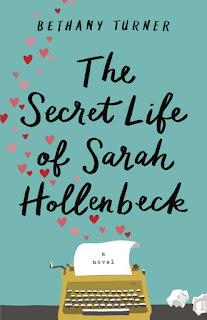 
Sarah Hollenbeck is trying to find herself after going through a divorce. She joins a book club and decides she wants to become an author. Under a pseudonym, Sarah writes steamy romances and quickly becomes highly popular. Along the way, she becomes a Christian, which causes her to re-think her current career and path in life. When attending a new church, Sarah literally runs into the pastor, a widower with a small daughter, and they are immediately drawn to one another. Is it possible for them to have a future together? Will Sarah need to choose between her career and love?

This wasn’t quite what I was expecting, but that’s not necessarily a bad thing. It is definitely different than other books I have read in this genre. Parts of it were a bit slow to build up, and a few things seemed to happen a bit too quickly. However, overall, it was a highly enjoyable read. While I liked Sarah, her best friend Piper was perhaps my favorite character. She provides stability, support, and is the voice of reason throughout the book.

The story is written in first person POV (Sarah’s) and has a chick-lit feel to it. Turner’s writing style is very fluid, and it is easy to engage with the well-developed characters. Some of Sarah’s struggles are quite realistic for a new Christian trying to figure out how to move beyond their past. While there are a number of serious scenes, there are a lot of humorous moments, as well. The spiritual theme wasn’t quite as strong as I was expecting for this genre, but the elements were smoothly woven throughout.

Disclaimer: I received a complimentary copy of the book, but I wasn’t required to leave a positive review.

Bethany Turner is the director of administration for Rock Springs Church in Southwest Colorado. A former VP/operations manager of a commercial bank and a three-time cancer survivor (all before she turned thirty-five). Bethany knows that when God has plans for your life, it doesn't matter what anyone else has to say. Because of that, she's chosen to follow His call to write. She lives with her husband and their two sons in Colorado, where she writes for a new generation of readers who crave fiction that tackles the thorny issues of life with humor and insight.

Where you can find Bethany online...

a Rafflecopter giveaway
Posted by Leslie at 5:09 AM