Some stories are evergreen, their themes and lessons standing the test of time and connecting with readers generation after generation. Reconnect with Catherine Marshall's beloved Christy as it celebrates its 50th anniversary with a new edition! As nineteen-year-old teacher Christy struggles to find acceptance in her new home of Cutter Gap, some see her-and her one-room school-as a threat to their way of life. Her faith is challenged and her heart is torn between two strong men with conflicting views about how to care for the families of the Cove. Yearning to make a difference, will Christy's determination and devotion be enough?

Celebrate the new 50th anniversary edition of Christy by entering to win one of TWO $50 Visa cash cards (details below) and by attending a Facebook Live party on December 5!

TWO grand prize winners will receive:
Enter today by clicking the icon below. But hurry, the giveaway ends on December 5. The winner will be announced at the Christy Facebook Live Party. RSVP for a chance to connect with authors who've been impacted by Christy and other readers, as well as for a chance to win other prizes!

RSVP today and spread the word-tell your friends about the giveaway and Facebook Live party via social media and increase your chances of winning. Hope to see you on the 5th!


I watched the show featuring Kellie Martin, but until this time, I’ve never read the book. I’m glad I had the opportunity to do so. This version of the book is in celebration of its 50th anniversary.

This is certainly not a light read, but it is a heartfelt journey the reader will likely find worthwhile (and one they may want to experience on more than one occasion, as well). This book is a tribute to the author’s mother and her journey to Cutter Gap Smoky Mountains (TN) to teach children in a one-room schoolhouse. The author also showcases the challenges her mother faced as a teacher and in life after leaving the comforts of her home is Ashville, NC for poverty-stricken Appalachia. Through it all, Christy’s determination and strong faith shine through.

There is a little bit of everything in this coming-of-age book, including romance and adventure. Historical elements are woven throughout, and they help provide the reader with an inside look at the poverty and struggles faced in Appalachia in the early 1900s. Some scenes are a bit intense and cover some pretty heavy themes, such as rape, abuse, and neglect. For that reason, this book may best be suited for readers 16 and older.

Disclaimer: I received a complimentary copy as part of the LitFuse Blogger Program, but I wasn't required to leave a positive review. 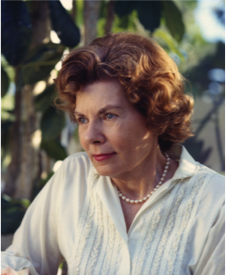 Catherine Marshall (1914-1983), The New York Times best-selling author of 30 books, is best known for her novel Christy. Based on the life of her mother, Christy captured the hearts of millions and became a popular CBS television series. Around the kitchen table at Evergreen Farm, as her mother reminisced, Catherine probed for details and insights into the rugged lives of these Appalachian highlanders. Catherine shared the story of her husband, Dr. Peter Marshall, Chaplain of the United States Senate, in A Man Called Peter. A decade after Dr. Marshall's untimely death, Catherine married Leonard LeSourd, Executive Editor of Guideposts, forging a dynamic writer-editor partnership. A beloved inspirational writer and speaker, Catherine's enduring career spanned four decades and reached over 30 million readers.
Find out more about Catherine at http://gileadpublishing.com/christy/.
Posted by Leslie at 11:08 AM