Takeover Tuesday with Melony Teague ... and a GIVEAWAY! 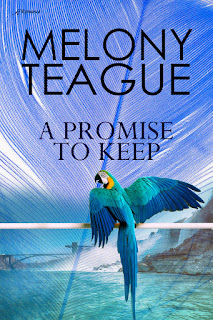 Melony has agreed to give away an electronic copy of this book to one lucky blog reader (US/Canada ONLY). You can enter by using the Rafflecopter link at the end of the post. (Giveaway ends January 28, 2020. If you are the randomly chosen winner, I'll contact you.)


I am an avid reader and a romantic at heart. There’s no one that loves a happy ending more than me, I confess, I cry happy tears. My husband just shakes his head at me. I like to read stories that transport me out of my day-to-day life into a world where I can laugh and be entertained. I love reading because I can set my imagination free to bring to life to what the words on the page are telling me. These are the same reasons I write. Every day we read bad news, fake news, weird news, sad news and if we focus on that, we’ll all be miserable. I wanted to put out a story full of hope and good news. If I can get the reader to giggle at my quirky character’s antics, all the better. My “day job” is a freelance writer, and I get to work on many and interesting projects. These projects satisfy my inquisitive nature, because as a journalist or interviewer, I get to ask a bunch of questions. (Really, I’m nosey, so I want to know how people think, and what motivates them.)

Savannah and Michael’s story first started with the idea of a 20-year high school reunion, and what would happen there. Savannah and Michael soon began to tell me their stories, and I wrote out a synopsis which mostly stayed the same except that Donavan Radcliffe pushed his way in and demanded attention. I drew my inspiration from real-life events in the news. From goods news stories.

These characters are 100% fictional—even though you may relate to them—they are not real. Gasp! Sometimes they feel so real to me and I need to remind myself that I don’t have to have a prayer meeting on Savannah’s behalf.

Rest assured, A Promise to Keep has a happy ending.

A Promise. A High School Reunion. And a pact that proves harder to keep.
Research librarian Savannah Sanderson wants nothing more than to escape into her happily-ever-after novels with their larger-than-life fictional heroes. But a promise to her late husband has her attending her dreaded twenty-year high school reunion, drinking ghastly punch, and taking desperate measures just to keep her vow, even if she has to hide behind the décor to do it.

Once a reckless troublemaker, Michael McCann fled town after graduation. Now a professional technical rescuer, he’s back for the reunion, but on his trip down memory lane, he soon comes face to face with unresolved issues, namely Savannah.

Before the night is over, a pact between these two old friends will lead them on an adventure into uncharted emotional territory where Michael must confront his past regrets and find the courage to reveal the truth. But can Savannah fly from her sheltered nest and risk her heart on a real-life hero?

It took about three seconds for him to realize she was running away—from him. How ironic. He should let her go. He should get on a plane and never look back, but then, history would repeat itself. He didn’t want that. The time had come to pursue her, even if it was just down the corridor through his old stomping grounds.
Michael followed the squeak of her sneakers as they echoed down the hallway.
“Oof!” There were sounds of a struggle.
What in the world?
He rounded the corner to find the janitor on the ground with his mop and pail, trying to untangle himself from Savannah. Frothy soapsuds slid down her face, proof the mop had won this round. The janitor in his blue coveralls, showing a row of white teeth, enjoyed the attention a bit too much. Michael couldn’t stop the guffaw that escaped his lips or the chuckle that followed—until she straightened, her fiery eyes narrowed and her arms folded over her chest. “It’s not funny, Michael McCann.”
Uh-oh. He swallowed. Before he could think of what to say, she lunged for the fire-safety exit and set off the emergency alarm. That was Savannah for you. She still had a knack for the dramatic, and he loved her for it. Michael shook his head. A flight out of town was looking more and more appealing. His feet begged to flee to his rented four-by-four. 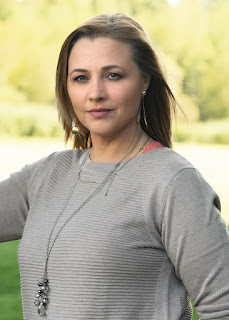 Melony Teague is a freelance writer who believes everyone has a story to tell. As co-author of As the Ink Flows, she loves to inspire and motivate others through her written words. With foamy lattes in-hand, she writes Contemporary Romance with a dash of humor. Though she has no hobbies outside of reading, writing, and eating chocolate, she is a member of ACFW and teaches seniors in her community to write their memoirs. She confesses with no shame that she has a strong belief that pumpkin pie is an acceptable breakfast food since it’s mostly vegetables. Melony was born in South Africa and now lives in Toronto with her husband, their two teenagers, and two cats who think they’re humans.


a Rafflecopter giveaway
Posted by Leslie at 2:26 AM