Takeover Thursday with Katie Clark ... and a GIVEAWAY! 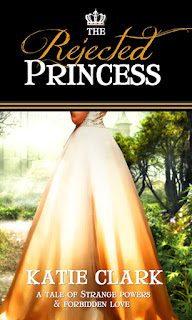 Katie Clark has graciously offered to give away an electronic copy of her latest release. You can enter by using the Rafflecopter link at the end of the post. (Giveaway ends May 10, 2018. If you are the randomly chosen winner, I'll contact you and pass on your information.) Here's Katie...

One of the most common questions I get asked about my books is how my they came about. Where did I get the idea? And why did I choose this setting, that character, or this time period?

I love telling the stories behind my stories, so today I’m divulging all that information!

The Rejected Princess started with a sentence. A single, solitary sentence! I volunteer at a private Christian school, and one day I was driving a group of students to a field trip at an historic library. The students were telling me about this story they’d been writing as a group effort. Each one would add a sentence. They put the story together little by little until they had a full fledged short story (pretty cool, huh?!).

But—the first line stood out to me. “Lucy had only been to prison once.” What?! That’s an impactful sentence, in my opinion. I praised them for their ingenious hook. I started considering who this Lucy was, and why she might have been to prison. It led me down lots of rabbit holes until I finally came to a story about a girl, but not just any girl. This was a princess. And she hadn’t been to prison, but she had been to the dungeon.

From there my story was born. I wrote the first draft quickly—maybe three months? The love story came naturally, as did the more fantastical parts of the story. But my favorite part of writing the story was the mystery of it all—luckily, that also came naturally!

Writing The Rejected Princess was a blast, and I hope my readers find it just as fun to hear the story as I find in telling it. Happy reading!

When Princess Roanna Hamilton's parents arrange a marriage with a prince of Dawson's Edge--the mysterious and backwards kingdom to the south--Roanna reluctantly agrees, accepting that peace must be put ahead of her lifelong relationship with Prince Benjamin of Lox.

But when Roanna is introduced to Dawson's royal family, strange mind-bending anomalies are awakened within her, and she discovers the Dawsonian royal family holds secrets of their own.

Roanna becomes locked in a battle between kingdoms. Rebels wish to eliminate people who possess powerful anomalies. With threats growing daily, Roanna comes to realize the danger she is in--not to mention how her own family, and Benjamin's, would react if her anomaly was revealed.

Tensions rise when Lox is attacked. If Roanna is to save herself and her future, she must stall her marriage and squelch the growing rebellion--all while discovering how deeply her power runs. But will Prince Benjamin and her family accept her when the truth of her heritage is finally revealed?
Amazon purchase link 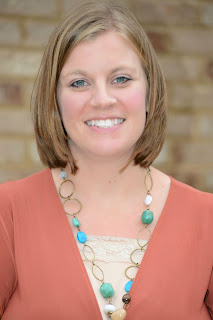 KATIE CLARK started reading fantastical stories in grade school, and her love for books never died. Today she reads in all genres; her only requirement is an awesome story! She writes inspirational romance for adults as well as young adult speculative fiction, including her YA supernatural novel, Shadowed Eden, and The Enslaved Series. You can connect with her at her website, on Facebook, or on Twitter.


a Rafflecopter giveaway
Posted by Leslie at 5:20 AM