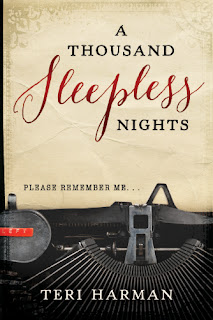 Is love stronger than grief?

After the death of her Aunt Jetty, the woman who raised her, Matilda White packs a single suitcase, leaving behind her home, her small town in Kansas, and the man she's supposed to marry.

Henry Craig is a writer--if only he could find the right words. While sitting at a worn table in a Detroit library he sees a new librarian, Matilda, and suddenly the world erupts with words.

Six years later, Matilda and Henry load their young daughter Lucy, two antique typewriters, and a box of Henry's love letters into the car and head off to a new life. But one snowstorm and a slippery road take it all away. In that black moment of tragedy Matilda turns to Henry and says, "I wish I'd never met you."

Matilda wakes up in Jetty's dilapidated house with no memory of the last six years. Beside her on the bed, a book and an antique typewriter.

Henry wakes up in his familiar spot in the library, a book and old typewriter squatting on the table beside him. He can't remember the last six years.

Can words on a typed page, sent from one typewriter to another, push aside tar-thick pain and resurrect love? 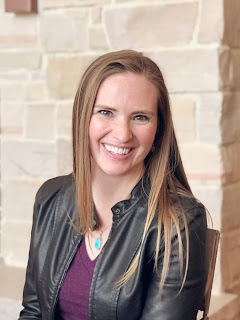 Teri Harman has believed in all things wondrous and haunting since her childhood days of sitting in the highest tree branches reading Roald Dahl and running in the rain imagining stories of danger and romance. She's the author of three previous books: Blood Moon, Black Moon, and Storm Moon. She also writes about books for ksl.com and contributed regular book segments to "Studio 5 with Brooke Walker," Utah's number one lifestyle show. She lives in Utah with her husband and three children. Visit her at teriharman.com. 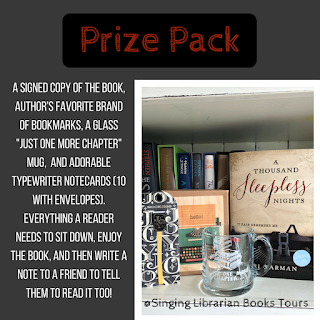 
Giveaway is subject to policies.

May 28 - Christian Bookaholic / cherylbbookblog
May 29 - Blooming with Books / Heidi Reads
May 30 - Reading is My SuperPower / Reading, Writing, and Stitch-Metic
May 31 - Singing Librarian Books / Edits and Reviews by Leslie / Fiction Aficionado
June 1 -   Paulette's Papers / Pause for Tales
June 2 -   Radiant Light / Why Not Because I Said So
Posted by Leslie at 5:46 AM