Takeover Thursday with C.D. Gill ... and a GIVEAWAY! 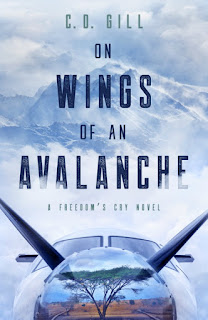 C.D. Gill has graciously offered to give away an electronic copy of this new release. You can enter by using the Rafflecopter link at the end of the post. (Giveaway ends February 15, 2018. If you are the randomly chosen winner, I'll contact you and pass on your information.) Here's C.D. Gill...

On Wings of an Avalanche came to life in 2013 after listening to my British husband and in-laws talk about their adventures in Africa. Let me brag on them for a moment and mention that they were instrumental in bringing electricity to the northwest region of Zambia. That amazing transformation is a whole different blog post and lots of lives changed. Some of their African experiences made it into my novel, because sometimes real life is stranger than fiction.

In 2015, I had the life-changing privilege of going to NW Zambia in the bush and experiencing life out there for three weeks. We met locals, saw the stark differences between city Zambians and bush Zambians, and visited the hospital where my father-in-law performed surgeries as a missionary doctor.

I used my experiences in Zambia to lay the foundation for the story set in Mali. Nafy’s glitter shoes came from a boy that my father-in-law operated on that wore glittery ballet flats around the hospital after his surgery. I never heard his entire story, but the shoes were what his family had so that is what he wore. For many kids, that is the case. The shoes and clothes they wear are whatever is available. They don’t see themselves as poor. In fact, they are far freer than we are while we sit in our climatized houses surrounded by our conveniences and stuff.

There’s so much I could tell you about Africa. Things that I had SO wrong in my head, a lot of positives and negatives. The kids out there are free-range kids, but they do their part to help everyone in the home survive. Seven-year-olds would have infants strapped on their backs so Mom could get a break. They would work in the fields but still have time to play. However, the water comes from the rivers and streams—not clean. There is a really high teenage pregnancy rate. And they often don’t do anything to change what they don’t like. Part of it is their way of life, and part of it was bred by colonization.

In the story, Madison gets pulled over by a policeman for speeding. The catch is that the policeman is on foot. I had a reader tell me that this was not a believable part of the story, and I had to smile for two reasons. One was because it actually happened to my husband. The policeman was going to take him to jail as a teenager, but they were able to pay a fine and drive away. The second is that the roads are so filled with huge holes that it only takes a policeman on foot to stop you, because you can’t drive faster without damaging your vehicle. For you off-roading lovers, those are your dream roads for every day.

I do want to mention that the lessons Chip and Madison learned are lessons close to my heart. Forgiveness. Trust. Releasing the past. They’re all vital to your present. And one of the main things I want readers to take away from the story is that other cultures aren’t necessarily wrong. They’re just different, and that’s okay. Westerners seem to have a my-way-or-the-highway mindset about the world. But that picture is monochromatic and dull. When we learn about the rest of the world, we have to keep in mind the beauty and color they bring to their world and ours by living and thinking differently than we do.

I’m looking forward to interacting with you all about what you like and what you think about On Wings of an Avalanche.

A struggling charity hospital, visa troubles, and an arrest at gunpoint leave Dr. Madison Cote at the mercy of the corrupt Malian police. Rescue comes at a price when a warlord demands that she traffic drugs  in exchange for her freedom and his protection. When the French embassy enlists her to relay intelligence on the warlord, Dr. Cote's trapped as a civilian double agent, facing an immediate death sentence if she's caught.

Royal Air Force recruit Chip Chapman needs to prove to himself that he can be more than his abusive father. A week before basic training, an avalanche replaces his dreams of heroism with raw survivalism. Taken captive for his piloting skills, Chip plans to escape until he uncovers war crimes no human could ignore.

Both pressed into servitude, Dr. Cote and Chip forge a desperate alliance. But with lives in the balance, their allegiances and honor will be the least of the sacrifices required to topple a warlord. 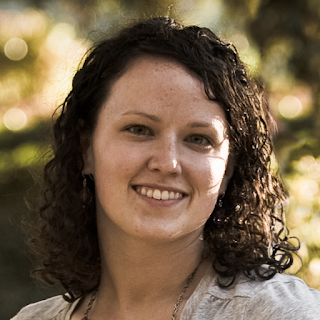 C.D. Gill caught the travel bug as a young girl. Now she integrates other cultures and faraway places into her fiction. Equally as important is her desire to lend a voice to those around the world without one. Her favorite adventure buddy is her British pilot husband who doesn't know how to sit still and whose stories have added fuel to her wild imagination.

a Rafflecopter giveaway
Posted by Leslie at 5:43 AM