"The Illusionist's Apprentice" by Kristy Cambron ... and a GIVEAWAY! 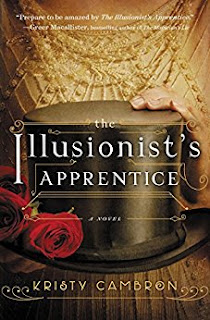 In celebration of her latest release, Kristy has graciously offered to give away a copy of the book (US Only). To enter, see the Rafflecopter box at the bottom of this post. (Contest ends March 24, 2017.) If you are the randomly chosen winner, I'll contact you and pass on your information. Good luck!

Wren Lockhart is a rarity. Not only is she a female illusionist, but she trained under Harry Houdini. She is approached by Agent Elliott Matthews, who wants her help in debunking Horace Stapleton’s claims of bringing a dead man back to life. As they work together on the case, secrets are revealed as suspicious events increase. Will they be able to uncover the truth?

Cambron’s latest takes the reader back to the roaring 20s/vaudeville era in this well-researched historical novel full of complex characters. While Wren is a bit difficult to like at times, as the story unfolds, the reader gains a greater appreciation for this independent character. An intriguing mystery adds to the enjoyment of this tale which looks at light/truth versus the dark side of society.

One of my favorite quotes from the story is “Truth is the illusion we seek.”

Disclaimer: I received a complimentary copy, but I was not required to leave a positive review. 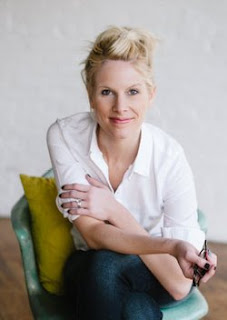 Kristy Cambron has a background in art and design, but she fancies life as a vintage-inspired storyteller. She is the author of The Ringmaster's Wife, named to Publishers Weekly Spring 2016 Religion & Spirituality TOP 10 and set for release on June 7, 2016 from HarperCollins Christian Publishing (Thomas Nelson). Her novels have been named to Library Journal Reviews' Best Books and RT Reviewers' Choice Awards Best lists and received a 2015 INSPY Awards nomination for best debut novel.

Kristy is a Speaker and Design Manager at TheGROVEstory.com and holds a degree in Art History from Indiana University. She lives in Indiana with her husband and three sons, where she can probably be bribed with a coconut mocha latte and a good read.

a Rafflecopter giveaway
Posted by Leslie at 4:23 AM