"An Uncommon Protector" by Shelley Shepard Gray ... and a GIVEAWAY! 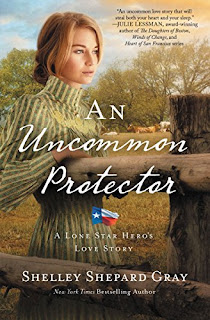 In celebration of her latest release, Shelley has graciously offered to give away a copy of the book (US ONLY). To enter, click on the Rafflecopter link at the bottom of this post. (Contest ends March 10, 2017.) If you are the randomly chosen winner, I'll contact you and pass on your information. Good luck!

A word from Shelley...


Thank you for inviting me to your blog! Here’s a bit about how the Lone Star Heroes Series came to be:

After writing the Chicago Mystery Series (Secrets of Sloane House, Deception on Sable Hill, Whispers in the Reading Room), I was anxious to begin another historical series. However, I wanted to write about something a little closer to home, a western series set in Texas. I lived all over the United States and have lived in southern Ohio for almost twenty years, but I grew up in Houston, and Texas still has my heart.

Anyway, while doing research, I discovered that there was a Confederate Officer POW camp in the middle of Lake Erie. That really intrigued me! I couldn’t imagine how difficult it would have been for those men to be transferred by train to Sandusky then marched across the ice to Johnson’s Island in the winter. A few weeks later, my husband and I drove up to Sandusky and visited a veteran’s home where the whole third floor was a museum about the camp. From there, we made our way to Johnson’s Island and explored the cemetery that is still standing.

My mind kept coming up with stories about the men, so I made up my own band of brothers, led by Captain Devin Monroe. I decided to have these men make a pact to help each other during the war … and then I was off and running!

The first book, The Loyal Heart, took place in Galveston. I loved a lot of things about that book, including how vulnerable the heroine was. For the second book, An Uncommon Protector, I wanted a different tone because my hero in the novel, Thomas Baker, was a rather rough-around-the-edges man. I thought he needed a situation where his impulsiveness and hard edges would come in handy. I also wanted him to have a woman who was as tough and brave in her own way as he was. I was a big fan of Laurel Tracey! I liked how she never took the easy route, even when she was scared to death! I found a lot to admire about her.

I hope everyone will give the book a try and perhaps find something that they like about this couple, too!

The third book in the series, Love Held Captive, comes out in November. Get ready, because it takes place in San Antonio and features two storylines … one with Major Kelly and one featuring Captain Monroe himself.


Thanks again for inviting me to visit, and I hope y’all enjoy the books!

Thomas Baker has had a difficult life. Though he was once a war hero, he is now serving time for an inability to pay off gambling debts. His life is about to change after he is “purchased” by Laurel Tracey to work for her for one year.

Laurel is in over her head. Her parents left Red Roan Ranch to her, and she is determined to keep it running. She lost her father and brother in the war, and her mother and stepfather died soon after. She has step-siblings, but they want her to sell. She hires Thomas to help at the ranch, particularly in relation to the problem she is having with squatters.

Someone is determined to run Laurel off, and they are willing to do whatever it takes to make that happen. Will Thomas be able to help her save the ranch, or has Laurel made a serious mistake in trusting a criminal?

This is the second book “Lone Star Heroes” series, but it can be read as a standalone. Fans of historical fiction, particularly the Civil War era, will certainly want to check out this book. Laurel is a strong, compassionate heroine who sees the best in others. Thomas is flawed but relatable and has strong character development. Overall, this is a story of love, loss, redemption and how love makes all the difference in the world. There is even a bit of mystery woven throughout. 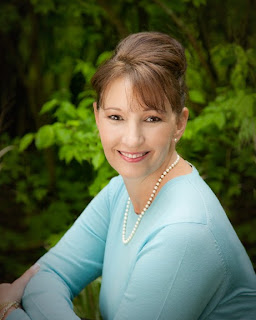 Shelley Shepard Gray writes Amish romances for Harper Collins inspirational line, Avon Inspire, and historical romances as Shelley Gray for  Zondervan and Thomas Nelson. Her novels have been Holt Medallion winners and Inspirational Readers Choice and Carol finalists. Shelley’s novels have appeared on both the New York Times and USA Today bestseller lists.
To date, Shelley has published over fifty novels for a variety of publishers. Her novels have been highlighted in the Philadelphia Enquirer, Washington Post, Time Magazine, and USA Today. She has also been interviewed on NPR, as well as numerous regional radio stations.
Before writing romances, Shelley lived in Texas and Colorado, where she taught school and earned both her bachelor's degree in English literature and elementary education and later obtained her master's degree in educational administration. She now lives in southern Ohio and writes full-time. Shelley is married, the mother of two young adults, and is an active member of her church. Shelley is active on Facebook and Twitter.