Takeover Thursday with Wendy May Andrews ... and a GIVEAWAY! 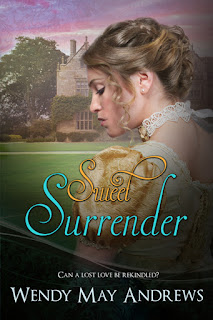 I want to extend a warm welcome to Wendy May Andrews. Wendy is giving away an electronic copy of her book, Sweet Surrender. You can enter by using the Rafflecopter link at the end of the post. (Giveaway ends March 30, 2017. If you are the randomly chosen winner, I'll contact you and pass on your information.)

Can a lost love be rekindled?

When Lady Julianna ended her engagement to Lord Ackerley, Viscount Beaumont, during her first Season, she left London vowing never to return.

Seven years later she returns as chaperone to her niece and unfortunately Lord Ackerley is also in Town for the Season. Moving around the small circle of the ton stirs up feelings she has kept hidden. Embarrassed and ashamed that she made a mistake in ending their previous relationship, she tries to avoid further contact. Ackerley, stunned by her second rejection, pursues her to discover the truth. Is it ever too late for a second chance at love?

Julianna made a graceful curtsy and finally managed to raise her eyelashes and survey the room. It was not playacting that caused her sudden intake of breath as she saw her old beau again. In fact, it took all the force of will she possessed to keep her reaction within bounds. At that first brief encounter, she had been too surprised to take in his splendour. No one had told her the viscount had grown even more handsome in the ensuing years, the strength of his jawline more pronounced, and just the very slightest of grey at the temples in his nearly ebony hair. Forcing her jaw not to drop open in shock, Julianna felt her stomach flutter with nerves as she gripped tightly to her friend’s hand and tried not to cause an ill-bred scene in Catherine’s parlor. 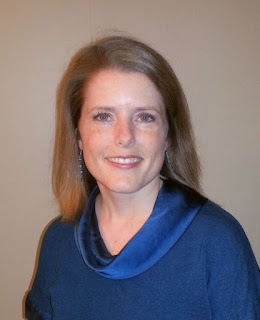 Wendy May Andrews has been in love with the written word since she learned to read at the age of five. She has been writing for almost as long but hasn’t been sharing those stories with anyone but her mother until recently. This is Wendy’s fifth book with Clean Reads.

Wendy can be found with her nose in a book in a cozy corner of downtown Toronto. She is happily married to her own real-life hero, who is also her best friend and favorite travel companion. Being a firm believer that every life experience contributes to the writing process, Wendy is off planning her next trip.

Where to find Wendy online...


a Rafflecopter giveaway
Posted by Leslie at 5:44 AM