"The Girl behind the Red Rope" by Ted Dekker and Rachelle Dekker ... and a GIVEAWAY! 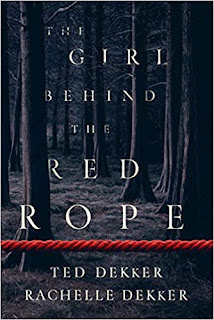 The publisher has agreed to give away two print copies of this book (US ONLY). You can enter by using the Rafflecopter link at the end of the post. (Giveaway ends September 20, 2019. If you are the randomly chosen winner, I'll contact you.)

Q&A with Ted and Rachelle...

Q:  Ted, what advice did you have for Rachelle as she began writing?
A:   They say getting published is like crossing a stormy sea (the writing process) with the hopes that, once on a distant shore, you might get struck by lightning (being published). Having taken that journey myself, I feared for my daughter's emotional well-being in attempting such an arduous crossing. The journey brings you to a breaking point, over and over. And even then, there is more hardship with each novel you write.

Ten years ago, Rachelle stood on the stage with me and announced her intention to become a novelist. I was surprised by the tears that rushed into my eyes, right there in front of a thousand people. I begged her to reconsider — surely inviting such struggle wasn't wise! Then she was crying, insisting she had to take the journey, and I held her for a moment as we both embraced that journey in the face of fear. It was a tender and life-altering experience for both of us. Little did we know that ten years later we would be co-authoring a book that exposes the sea of fears masquerading as wisdom that we have been taught will keep us safe.

Q:  Rachelle, you have now written five novels. Why did you decide to pursue writing in spite of your dad's advice?
A:  I learned early that I, like my father, discovered truth about the world and myself best through writing. I wrote because I had to. And I'm a rebel of sorts, so if you tell me I can't or shouldn't do something, it makes you want to do it that much more. We all need to find our own way across the sea of fears that makes up our world, regardless of the encouragement or discouragement that comes our way. In hindsight, he was right — the storms of fear in life are often debilitating. But facing and overcoming them, in whatever course we choose, is the great privilege we all have in this life.

Q:  Did you ever worry about what collaboration might do to your father-daughter relationship? How did you handle disagreements on direction if and when they came up?
A:  No. If anything, collaborating taught us to see ourselves as partners on a journey beyond the expectation of authority that historically exists in a father-daughter relationship. We knew from the beginning that collaborating was as much about us letting go of our individual ideas and preferences as it was writing a story. As it turns out, we work very well together in that awareness.

Q:  What surprised the two of you about working together?
A:  How easy it was, really. Once you let go of ownership in any idea and the desire to project our ideas on each other, the path flowed with ease and grace. Who says one idea is better than another, anyway? We all have ideas of how things should be, and as we release the "shoulds," a new creative energy arises. The whole novel is actually about letting go of all the "shoulds" that keep us in fear. Fear kills creativity.

Q:  What compelled you to write The Girl behind the Red Rope?
A:  I (Rachelle) had been working with the story idea for some time before we decided to make this novel a collaborative work. I was initially intrigued by the question "What if our fears were like monsters that followed us?" Because aren't they really? Once we decided to work together, we expanded the idea further and fleshed it out to what it is now: a story of love over fear, light over darkness, and freedom over all we have been taught will keep us safe and secure.

If we think of fear, darkness, and the safety offered by all the "shoulds" in life as what we call evil, we quickly see how pervasive it is in this world, including in religion itself. We don't easily see all those monsters that hold us captive in this life, and once we do, we are rather shocked. It's no wonder fear rules this plane of existence — we continue to feed it under the guise of wisdom and godliness. But in love there is no fear. So how does one awaken out of the darkness of fear into the light of love? That's the conundrum this story engages.

Q:  Who is the girl behind the red rope?
A:  When you read the novel, we think you'll see the main character as someone you might be familiar with because she is all of us. Grace lives in the safest place on earth. None of the devastation of the world can reach her. There's a rule for everything, and all the temptations that call to us are absent. This place is the purest place on earth as long as she stays behind the red rope. So what could possibly go wrong?

As it turns out, everything. What was once seen as the desire for purity is quickly seen as fear of not being pure. Indeed, fear is the god we so often bow down to. We have been deceived into thinking it will keep us safe. But letting go of that lie is counterintuitive to all we have been taught about ourselves and the world we live in.

In the end, the girl behind the red rope is the whole world.

Q:  Are any of the characters' issues personal or ones you have struggled with in your own lives?
A:  All of the characters' issues are personal to both of us at different times in our lives, including those we still contend with. Their specific issues are all just various aspects of the entire system of fear and control — the wisdom of the world that tucks us in at night and makes us believe we are safe while enslaving us still. We all have red ropes that hold us captive, and if we can see the system of fear and control for what it is, we would be shocked. Here is a story that opens our eyes to some of those fears and the light of love and freedom beyond them.

Q:  How can readers connect with you?
A:  (Ted) Readers can connect with me on Facebook at https://www.facebook.com/teddekker/.
(Rachelle) The best place to connect is through my website, www.rachelledekker.com.

Thanks for taking the time to answer a few questions. I'm sure my readers will enjoy it learning the story behind the story.

I’ve read numerous books by Ted Dekker, and I’ve read some from Rachelle, as well, so I was excited to read this one they co-wrote. As expected, it was a thought-provoking read.

What lengths will a person go to in order to feel safe when they’ve been raised to be afraid of everything? That’s what Grace must decide. She’s lived her entire life in Haven Valley, a community that’s separated itself from the rest of the world and lives under strict rules to keep them safe from the Fury. They are taught never to go beyond the red rope surrounding their community. But, things change when Grace’s brother goes beyond that perimeter and a child from the other side shows up in Haven Valley, causing her to have doubts about all she’s known to be true. Is he the demon they’ve been taught to fear? Or does he have a higher purpose? Does the Fury truly exist?

The authors take the reader behind that red rope perimeter and cause them to explore, and even question, good vs. evil in the world. The story may cause the reader to take a closer look at their own beliefs and view things through new eyes to determine if they have red ropes in their own lives. Themes of fear and freedom are woven throughout, creating a powerful message, as well as a suspenseful ride along the way.

Some of my favorite quotes:


Disclaimer: I received a complimentary copy from the publisher, but I wasn’t required to leave a positive review. 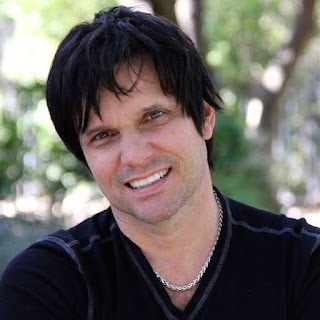 Ted Dekker is the award-winning and New York Times bestselling author of more than forty novels, with over ten million copies sold worldwide. He was born in the jungles of Indonesia to missionary parents, and his upbringing as a stranger in a fascinating and sometimes frightening culture fueled his imagination. Dekker's passion is simple — to explore truth through mind-bending stories that invite readers to see the world through a different lens. His fiction has been honored with numerous awards, including two Christy Awards, two Inspy Awards, and RT Reviewers' Shoice award, and an ECPA Gold Medallion. In 2013, NPR readers nationwide put them in the Top 50 Thriller Authors of All Time. Decker lives in Nashville, Tennessee with his wife Lee Ann. 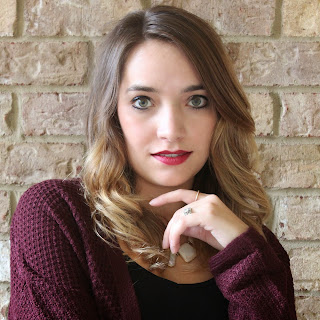 Rachelle Dekker is the Christy Award-winning author of The Choosing, The Calling, and The Returning in the Seer series. The oldest daughter of New York Times bestselling author Ted Dekker, Rachelle was inspired early on to discover truth through the avenue of storytelling. She writes full-time from her home in Nashville, where she lives with her husband, Daniel, and their son, Jack.


a Rafflecopter giveaway
Posted by Leslie at 3:18 AM