"The Yellow Lantern" by Angie Dicken ... and a GIVEAWAY! 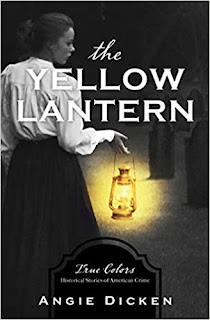 Barbour has agreed to offer one print copy of  this book to one lucky blog reader (US ONLY). You can enter by using the Rafflecopter link at the end of the post. (Giveaway ends September 6, 2019. If you are the randomly chosen winner, I'll contact you.)

Here's a sneak peak at the author's note (NO spoilers are included!)...

I suspect you wonder what in the world is true about Josephine's tale. There are several factual threads that make up such a yarn. The true crime of body snatching was more rampant than rare throughout history, and as I dug into research, I discovered how common this practice was amidst the 19th century medical community.

Because of the lack of medical advancement, doctors sometimes mistook a person as being truly dead, ending in the alarming outcome of "live" burials. These types of horrific mistakes along with the desire for finding cures, led many doctors to hire body snatchers, or "resurrection men," to obtain corpses for research purposes. I was surprised to come across a case where several stolen bodies supplied an entire medical society, but more disturbing was that fact that some dody snatchers would even murder for the chance of payment.

Outraged relatives of the deceased pressured officials for justice, and by 1815 in Boston, an acto to protect the "Sepulchres of the Dead" passed, declaring body-snatching illegal (see www.truecolorscrime.com  for the actual act). Several snatchers ventured to New York to continue supplying doctors around Boston.

As precautions were made to protect gravesites, body snatchers would hire women to pose as mourners and keep watch for any obstacles that might thwart a quick retrieval.

It is a very real fact that body sntaching was not always a lonely business, but one that depended on a type of network.

Many other factual tidbits are laced in Josephine's tale. If you'd like to contact me or learn more about my books, sign up for my newsletter at www.angiedicken.com.

Josie Clay has a shocking discovery and learns she’s the victim of Dr. Chadwick’s (her employers) deception. He plans to take her life, but she agrees to help him in exchange for him letting her live. She must stick with it in order to save her father, who was taken to debtor’s prison. However, her father owes bodies, not money, and now that task falls on Josie.

Josie takes a job at Gloughton Mill in 1824. She’s there to spy on the factory’s operations, as well as be on the lookout for grave robbers. She must secure some bodies for medical experimentation if she hopes to pay off her father’s debts.

Each book in this series is by a different author, and I’ve enjoyed them all so far. Parts of this book, however, did have some lulls, and it was occasionally hard to tell the connection between some of the characters.  For the most part, I enjoyed Josie and her development. This book does have a Christian theme running throughout, but it wasn’t as strong as anticipated. Sadly, the suspense element wasn’t as strong as in the prior books in the series, and the relationship between Josie and her employer (Braham) felt a bit forced at times. The author's note was quite informative, as it has been in prior books in this series.

This is the third installment in the Barbour’s “True Crime” series. All the books are based on historical facts, and this one (like the others) was unfamiliar to me, so I learned a bit along the way. I look forward to reading the final book in the series.

Disclaimer: I received a complimentary copy from the publisher, but I wasn't required to leave a positive review.

Free preview of the book 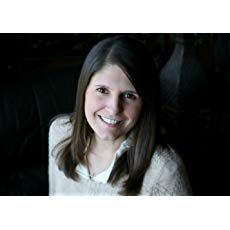 Angie Dicken credits her love of story to reading British literature during life as a military kid in England. Now living in the U.S. heartland, she's a member of ACFW, sharing about author life with her fellow Alley Cats on The Writer's Alley blog and Facebook page. Connect with her online at www.AngieDicken.com, twitter.com/AngieDicken, or facebook.com/dicken.angie