"Never Tell" by Lisa Gardner ... and a GIVEAWAY! 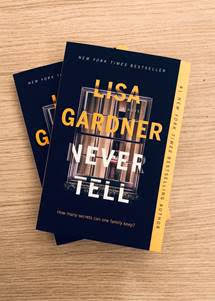 The publisher has agreed to offer one print copy of  this book to one lucky blog reader (US ONLY). You can enter by using the Rafflecopter link at the end of the post. (Giveaway ends August 8, 2019. If you are the randomly chosen winner, I'll contact you.)


I'm a huge fan of Lisa Gardner, so I'm excited to share my review of her latest book that being repackaged as a paperback (complete with a new cover!). This will release on August, 6, 2019, so be sure to check it out. It includes a sneak peek of her 2020 release, When You See Me.

Gardner's latest is the tenth installment in the series, but it can easily be read and enjoyed as a standalone novel.

A man is murdered in his home, and his wife Evie is found holding the smoking gun. It appears to be an easy case. Sergeant D.D. Warren recognizes the woman from an earlier case, when Evie was accused of shooting her father. It now appears she's killed her husband. Are the cases connected?

For readers of the series, they will recognize some familiar characters. The story, told in multiple POVs, grabs the reader early on. A fast pace and short chapters keep the reader engaged. Details are revealed in a way to keep the reader guessing as the clues unfold for the characters. The more you learn, the more you find out that you were likely incorrect in what you thought was going on. D.D. is a strong heroine, which I loved. Characters, including the secondary ones, were well developed. I will likely go back and read others in the series as I wait for the next installment, which releases in 2020. The sample excerpt definitely piqued my interest! 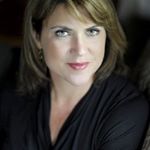 Lisa Gardner, a #1 New York Times bestselling thriller novelist, began her career in food service, but after catching her hair on fire numerous times, she took the hint and focused on writing instead. a self-described research junkie, she has transformed her interest in police procedure and criminal minds into a streak of internationally acclaimed novels, published across 30 countries. She's also had four books become TV movies (At the Midnight Hour, The Perfect Husband, The Survivors Club, and Hide) and has made personal appearances on TruTV and CNN. Lisa's books have received awards from across the globe. Her novel, The Neighbor, won Best Hardcover Novel from the International Thriller Writers, while also receiving the Grand Prix des Lectrices de Elle in France. She was also recognized with the Daphne du Maurier Award in 2000 for The Other Daughter. Finally, Lisa received the Silver Bullet Award from the International Thriller Writers in 2017 for her work on behalf of at-risk children  and the Humane Society.

For a bit of fun, Lisa invites her readers to enter the annual "Kill a Friend, Maim a Buddy" Sweepstakes at LisaGardner.com. Every year, one Lucky Still is selected to meet a grand end in Lisa's latest novel. Past winners have nominated spouses, best friends, and even themselves.

a Rafflecopter giveaway
Posted by Leslie at 1:45 AM