Takeover Thursday with Sandra Ardoin ... and a GIVEAWAY! 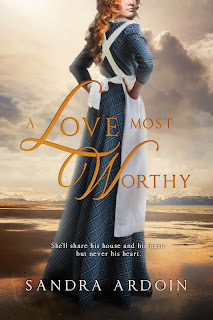 Sandra has agreed to give away one electronic copy of the book. You can enter by using the Rafflecopter link at the end of the post. (Giveaway ends August 15, 2019. If you are the randomly chosen winner, I'll contact you.)

The Story Behind the Story...

Are you one of the many readers who enjoy mail-order bride stories?

When I was given the opportunity to write such a story, I jumped at it. However, I wanted something other than the typical American West setting—something unique. As I mulled it over, the idea that popped into my head was to use a gold rush.

Again, I didn’t want to do the standard California or Colorado gold rushes, so I began researching others. That research led to the Klondike, and I decided Skagway would have made a great destination town. Unfortunately, the more I dug, the more I realized it didn’t work with the historical timing of the story I had in mind, so I returned to the research. That eventually led me to Nome, Alaska.

Nome has a fascinating history, and I could see my adventure-seeking heroine fitting right in alongside the stampeders, a number of whom left the Klondike when news came of the wealth found in Alaska.

Can you imagine picking gold nuggets off a beach?

Once word got out about finding gold on the beaches of Nome (or Anvil City, as it was called then) the population swelled to over 20,000 people. They came from all over to get in on the strike, most sailing to Nome from San Francisco or Seattle.

Every kind of business was born, especially gambling houses, dance halls, and saloons. Even Wyatt Earp owned a saloon called The Dexter. Buildings were constructed in haste. White tents lined the beach for over thirty miles, and miners established claims along the various creeks in the area. So many people arrived that the small post office had trouble keeping up with the mail, which became a key plot point in A Love Most Worthy.

The story, set in the summer of 1900, also took advantage of the weather toward the end of August. Cold, rain, wind, a little snow…it all came to a head in mid-September with
gale-force winds that destroyed parts of the new town and cost around a hundred lives. How could I ignore using that historical event as an analogy for the turbulence in the marriage of Hallie and Rance?

The story revolves around a few months in 1900, and it didn’t take long for the miners to discover that the gold was playing out. It was no longer as easy as picking it up from the beach. But Nome has more to its history, like the 1925 serum run, which made the sled dog Balta famous, or the finish line of the celebrated Iditarod. If you think you might want to try your luck at striking it rich, people still search the beaches of Nome for those elusive gold nuggets.

And that research I did about the Klondike? Some of it came in handy. Happy reading!

He isn't what she expected.
Life should be lived to the fullest. Her late father's philosophy sends Hallie Russell to the gold rush town of Nome, Alaska as a mail-order bride. When her new husband proves distant, Hallie sees her quest for adventure and her dream of belonging vanish quicker than a miner's golden nuggets.

But she could be what he needs.
Rance Preston's rowdy lifestyle led to tragic consequences, and his nephews paid the price. Now they need a mother, but Rance has vowed to never again let his heart overrule his head...until the high spirits of his new bride threaten his resolve.

Will they allow the gale-force winds of insecurity to destroy a bond more precious than gold?

Hallie was beginning to care a great deal for all the Prestons and didn’t want to cause continued strife between the six-year-old and Rance. She bent over and cupped his chin. “Will you do something for me?”

His eyes lit and his head bobbed. “Yes, ma’am.”

“Will you be extra nice to your Uncle Rance today?”

She waited while he tilted his head and narrowed his eyes, considering her request. “I guess so, but he better not make you cry again.”

“I won’t, Robbie.” At the sound of Rance’s voice, Hallie bolted upright and spun around. He stood in the hallway near the boys’ bedroom, a paper-wrapped package clutched in his hand and Davie at his side. “At least, I’ll try not to.”

Enraptured by his steady gaze with its hint of sheepishness, Hallie’s pulse frolicked. She could blame the cavorting on his sudden appearance but feared the credit belonged to the husky drawl and gentle voice.

Her inner heels kicked up as she fell victim to his chiseled features, those wide shoulders, and the sturdy chest on which she could lean while his arms enfolded…

She gasped. Get hold of yourself, Hallie Rus…Preston. For heaven’s sake, this isn’t the first time you’ve seen your husband, and he has no interest in your attraction anyway.

Besides, his more-or-less apology had been to his nephew, not her.

“What’s in your hand, Uncle Rance?” Robbie pointed to the package.

Rance studied it as if he’d forgotten he held it. “I brought Aunt Hallie something.”

Her breath stuttered. He’d brought her a present?

He stepped closer and held it out for her to grasp. When she took the package, the paper crinkled and yielded to her touch. Whatever it enclosed was soft and pliable. She presented him with her most generous smile. “Thank you.”

Hallie tore the paper, impatient to see the gift. She pulled out a wide ribbon…a wide, crimson hair ribbon. Her pleasure collapsed like a deflated balloon.

“I thought it appropriate for today.”

Appropriate for the Fourth of July? Perhaps. But had he not listened when she mentioned she despised the color red. It reminded her too much of her father’s death. Why hadn’t he brought her a blue or white ribbon?

Robbie wrinkled his nose. “But it’s red, Uncle Rance. She doesn’t like red.”

She balled the ribbon in her hand and swallowed her disappointment. “It’s fine, Robbie. In fact, it’s lovely.” It would be lovely…to someone else.

Hallie couldn’t deny Rance was a good man. However, she wouldn’t fool herself. Like her father, he considered her feelings irrelevant. He hadn’t bothered to remember her name. Why should she expect him to remember a tiny detail such as her disdain of the color red? To him, she was of no more interest than the cook stove. Stuff kindling in her when she grew cold, then ignore her until the next time she was needed.

She had hoped life with him would be different, but so far, her marriage felt like the same tired refrain sung over and over. 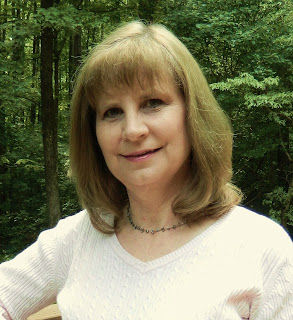 As an author of heartwarming and award-winning historical romance, Sandra Ardoin engages readers with page-turning stories of love and faith. Rarely out of reach of a book, she's also an armchair sports enthusiast, country music listener, and seldom says no to eating out.

Keep up-to-date with the Love in Faith and Fiction newsletter, including information about Sandra’s October 2019 release!

As a gift for her newsletter subscribers, Sandra wrote a short story to accompany A Love Most Worthy—a “prelude.” It provides some insight into Hallie’s story, something those who read only the novella won’t receive. So, join the Love and Faith in Fiction community and keep up with what’s new, discover what’s upcoming, and learn of specials and giveaways.


a Rafflecopter giveaway
Posted by Leslie at 1:16 AM