"Romanov" by Nadine Brandes ... and a GIVEAWAY! 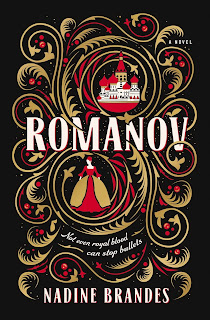 Nadine's publisher has agreed to give away one print copy of this book (US ONLY). You can enter by using the Rafflecopter link at the end of the post. (Giveaway ends June 28, 2019. If you are the randomly chosen winner, I'll contact you.)

The history books say I died.

They don't know the half of it.

Anastasia "Nastya" Romanov was given a single mission: to smuggle an ancient spell into her suitcase on her way to exile in Siberia. It might be her family's only salvation. But the leader of the Bolshevik army is after them ... and he's hunted Romanov before.

Nastya's only chances of survival are to either release the spell, and deal with the consequences, or enlist help from Zash, the handsome soldier who doesn't act like the average Bolshevik. Nastya's never dabbled in magic before, but it doesn't frighten her as much as her growing attraction for Zash. She likes him. She thinks he might even like her...

Romanov was one of my most-anticipated reads for 2019, and it didn't disappoint!

This is a reimagining of the final Czar of Russia and his family, with a focus on the youngest daughter Nastya (Anastasia). I didn't know a lot about the Romanov's (short of the movie Anastasia), so I wasn't totally sure what to expect. I loved the fantasy mixed with history mixed with a few facts. The book is well-researched, and Brandes points out in her notes just what is real and what information is stretched. This story shows the hardships the Romanov family endured. There was far more of a family focus to the story that I'd expected going into the book. Mystery and tragedy, and a bit of romance, combine to make this a truly engaging tale. I kept telling myself, "One more chapter," and I was sad to see it end.

A couple of my favorite quotes:

"Once you learn that it's all one life and each day is a new page, it gets a bit easier to let your story take an unexpected path." (Babushka)

"Because I have a story I was meant to live. And not even you can rewrite it." (Nastya) 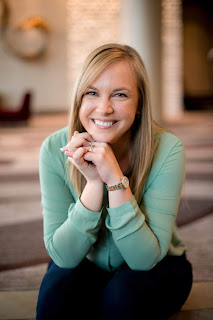 Nadine once spent four days as a sea cook in the name of book research. She's the author of Fawkes and of the award-winning The Out of Time series. Her inner fangirl perks up at the mention of soul-talk, Quidditch, bookstagram, and Oreos. When she's not writing novels about bold living, she's adventuring through Middle Earth or taste-testing a new chai. Nadine and her Auror husband are building a Tiny House on wheels. Current mission: paint the world in shalom.

a Rafflecopter giveaway
Posted by Leslie at 2:55 AM