"A Cuppa Trouble" by Angela Ruth Strong ... and a GIVEAWAY! (JustRead Tours)

Welcome to the Blog + Review Tour & Giveaway for A Cuppa Trouble by Angela Ruth Strong, hosted by JustRead Publicity Tours!

Can a couple of baristas chase down a car thief without spilling a drop of their favorite drinks?

Plans for a Valentine's Day grand opening of a small town coffee shop go awry when the first customer is killed. Evidence points toward the victim being mixed up in a car theft ring, but shop owners Tandy and Marissa have reason to believe he was framed.

An assortment of suspects--from a pink-haired heir to Tandy's charming ex--all seem to know a little too much about grand theft auto.

Without approval from either their boyfriends or the gum-chewing FBI agent in charge, the shop owners go on stakeouts, plan stings, and pursue justice in a high-speed car chase. If they don't find the killer soon, it might be more than their love lives in trouble.

“You kidnapped my business partner.”
Vic crossed his arms. “You do business with car thieves?”
“What? No. She sells tea. As bad as that may be, it’s hardly criminal.”
Metal smashed, glass cracked, and a taillight burst from the corner of Vic's vehicle. An ugly brown boot took its place.
“Tandy?” The muffled voice sounded like Marissa’s, but that couldn’t be her foot in the ugly brown boot.
“Oh fantastic.” Vic pointed the direction of the mess. “I caught her trying to steal a Jeep, and I made a citizen’s arrest to help the police. I didn’t realize she’d damage my car.”
What had Vic expected? He certainly couldn’t expect Tandy to believe his excuse. “She owns a Jeep. Maybe she got locked out and had to break in.” Tandy raised her voice so Marissa could hear. “Marissa, did you lock your keys in the Jeep again?”
The boot disappeared, and part of Marissa’s face filled the hole. “No!” Her response came with enough force that Tandy was a little scared of releasing her from the trunk.
Tandy shook her head at Vic. “There has to be a logical explanation for why she was breaking into a Jeep. You should have at least asked her what was going on rather than resort to kidnapping. That’s not how you make a citizen’s arrest.”


“Police lock criminals in the back of their cars. I was doing the same.” Vic lifted a shoulder, as if no responsibility rested there. “As soon as I let her out, you’ll see that she wasn’t using a coat hanger to get into her own vehicle. She has what’s known as a Relay Attack Unit designed to unlock cars without a key. Only a car thief would own such a thing.”

Angela Ruth Strong sold her first Christian romance novel in 2009 then quit writing romance when her husband left her. Ten years later, God has shown her the true meaning of love, and there's nothing else she'd rather write about. Her books have since earned TOP PICK in Romantic Times, been optioned for film, won the Cascade Award, and been Amazon best-sellers. She also writes non-fiction for SpiritLed Woman. To help aspiring authors, she started IDAhope Writers where she lives in Idaho, and she teaches as an expert online at WRITE THAT BOOK. 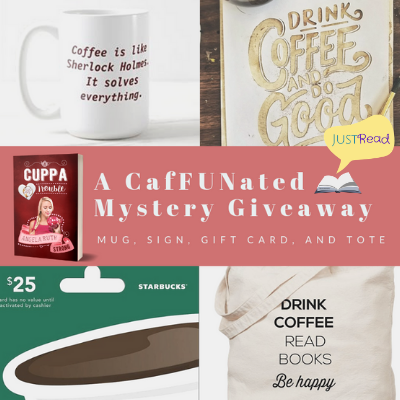 Full tour schedule shown below. Giveaway will begin at midnight June 24, 2019 and last through 11:59 PM EST on July 1, 2019. Winner will be notified within 2 weeks of close of the giveaway and given 48 hours to respond or risk forfeiture of prize. US only.

Giveaway is subject to the policies found here.

*NOTE: This post contains affiliate links.
Posted by Leslie at 2:58 AM