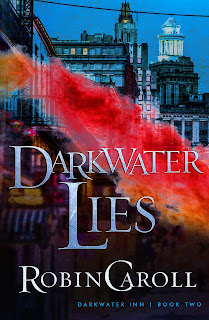 Robin is here to share a bit about her latest release. She's offered to give away an electronic copy of the first or second book in the series (winner's choice). You can enter by using the Rafflecopter link at the end of the post. (Giveaway ends April 11, 2019. If you are the randomly chosen winner, I'll contact you.)

New Orleans, Louisiana. Home of Mardi Gras and Krewes. The Big Easy. Where the history is rich with Cajuns and Creoles, voodoo and hoodoo, bayous and food that is slap-your-momma-good. I love this city so much, always have, as a Louisiana girl myself. Does the city have some darkness in its past? Oh, but yes, but it also has some of the coolest people you’ll ever meet. That’s why I knew I wanted my setting to be New Orleans when I started planning my most recent series, the Darkwater Inn.

I already knew much of what I needed to know about the area and the people, having been there many times in my life (hey, I even marched in one of the Mardi Gras parades with my high school pep squad). However, I hadn’t been to the Big Easy since Hurricane Katrina and the massive rebuilding. So I knew I had to make a visit to research and see what had changed…and what had stayed true to the essence of New Orleans. There is just something almost magical about New Orleans in and of itself. It’s more than just a city, it’s a living, breathing…character.

The sense of homecoming as I walked the residential areas of New Orleans, or as we rode all three lines of the streetcars (which are NOT trolleys, by the way):  St. Charles, Canal Street, and the Riverfront, was almost overwhelming. I snapped pictures of everything and anything, wanting to capture as much of the spirit of the city as possible. I keep a daily journal, and during the weekend my fellow author friend and I spent there, I memorialized everything I heard, smelled, and ate every day. 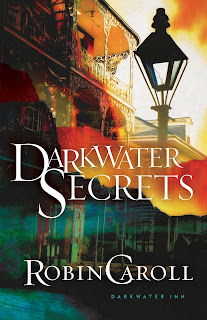 When I sat down to write the first book in the series, Darkwater Secrets, I pulled up many of these photos and memories. Ah, the food. There were so many delectable morsels that I wanted to share with the readers, so many of the meals made it into the book. Because of feedback from readers, I was able to publish a companion recipe book for the series, sharing some of my family and friends’ recipes.

As I wrote the second book, Darkwater Lies, I pulled in more of the gritty underbelly of the city I love so much. Capturing the feeling of the carnival season was important, as I wanted to share the magic of Mardi Gras with readers. Many have never been to a parade, much less the craziness of the Mardi Gras Krewe parades, so I wanted to bring that life for the reader.

But as I started the third book, Darkwater Truth (available June 1st) my research took a totally new turn. I began envisioning a tie between the true past of New Orleans with my fictional present. The pictures I’d taken years ago? Well, one of them is a MAIN feature in the actual historical part of the city that I was able to use. I can’t even begin to tell you how excited writing and finishing Darkwater Truth was for me, and I hope it keeps readers on the edge of their seats, not knowing fact from fiction, but being surprised by the connections where the past and present collide.

And, of course, readers will finally know who Adelaide chooses—Beau or Dimitri. But you’ll have to read the books to find out. 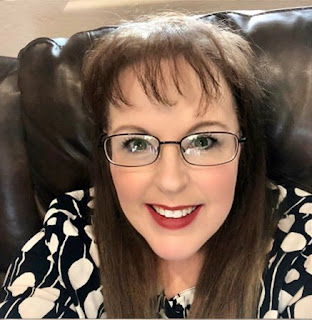 Robin Caroll grew up in Louisiana with her nose in a book. She still has the complete Trixie Belden series, and her love for mysteries and suspense has only increased with her age.

Robin’s passion has always been to tell stories to entertain others and come alongside them on their faith journey—aspects Robin weaves into each of her published novels.
Best-selling author of thirty-plus novels, ROBIN CAROLL writes Southern stories of mystery and suspense, with a hint of romance to entertain readers. Her books have been recognized in several awards, including the Carol Award, HOLT Medallion, Daphne du Maurier, RT Reviewer’s Choice Award, and more.

When she isn’t writing, Robin spends quality time with her husband of nearly three decades, her three beautiful daughters and two handsome grandsons, and their character-filled pets at home in the South.

Robin serves the writing community as Executive/Conference Director for ACFW. To find out more about Robin, visit www.robincaroll.com


a Rafflecopter giveaway
Posted by Leslie at 4:04 AM