"Convergence" by Ginny Yttrup ... and a GIVEAWAY! 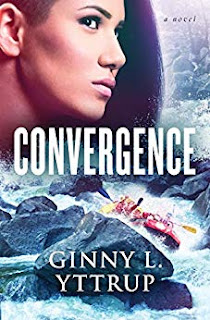 Ginny's publisher has offered to give away a print copy of the book. (US ONLY). You can enter by using the Rafflecopter link at the end of the post. (Giveaway ends April 25, 2019. If you are the randomly chosen winner, I'll contact you.)


A mother propelled by love.
A stalker bent on destruction.

Uhrichsville, OH—Christian fiction veteran, Ginny L. Yttrup, is back with a new psychological thriller set on the rapids of California’s raging rivers. Convergence, releasing March 2019 from Shiloh Run Press, follows the stories of Denilyn and Adelia—and the dangerous man bent on murder that threatens them both.

Psychology professor Dr. Denilyn Rossi contends that the past is either a shadow that haunts us or a force that propels us. The choice is ours, she tells her students. What she doesn’t tell them is that her own past is a shadow she can’t seem to shake. Adelia Sanchez, however, has embraced Dr. Rossi’s teaching by allowing her past to propel her as she seeks to entrap the man who stalked and brutally attacked her. When Denilyn’s past and Adelia’s present converge at the Kaweah River, a dangerous man bent on destruction threatens them both. Will he uncover the secret Deni and Adelia have fought so hard to protect?

Psychology professor Dr. Denilyn Rossi was attacked in the past, and she fears her stalker has returned. She is good at advising her students that their past can either haunt or propel them, but Deni isn’t so great at following her own advice, especially when suspicious events increase. Is she losing her mind, or is someone out to get her?

Vivid imagery, unexpected plot twists, and an intriguing story line combine in the author’s first attempt at a suspense novel. It certainly shows promise. Overdetailing does slow the pace in some spots. There are three timelines, which was interesting, but it was a bit confusing to follow on occasion. It took a few chapters to pull me in, but things picked up midway through. It was nice to watch Denilyn’s character grow and remind the reader that it is possible to break free from the fear cycle. Spiritual themes are woven throughout, but they are not overwhelming.

Disclaimer: I received a complimentary copy from the publisher and NetGalley, but I wasn’t required to leave a positive review. 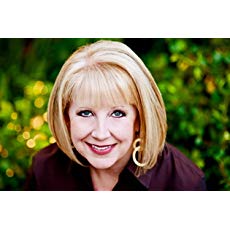 Ginny L. Yttrup is the award-winning author of Words, Lost and Found, Invisible, and Flames. She writes contemporary women's fiction and enjoys exploring the issues everyday women face. Publishers Weekly dubbed Ginny's work "as inspiring as it is entertaining." When not writing, Ginny coaches writers, critiques manuscripts, and makes vintage-style jewelry for her Esty shop, Storied Jewelry (etsy.com/shop/StoriedJewelry). She loves dining with friends, hanging out with her adult sons, or spending a day in her pajamas reading a great novel. Ginny lives in northern California with Bear, her entitled Pomeranian. To learn more about Ginny and her work, visit ginnyyttrup.com.


a Rafflecopter giveaway
Posted by Leslie at 5:09 AM