"Fugitive Spy" by Jordyn Redwood ... and a GIVEAWAY! 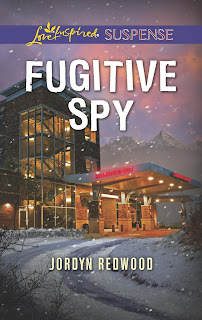 Jordyn Redwood has graciously offered to give away a hard copy of this new release. You can enter by using the Rafflecopter link at the end of the post. (Giveaway ends March 9, 2018. If you are the randomly chosen winner, I'll contact you and pass on your information.)

Fugitive Spy was inspired by the nonficiton book Biohazard by ken Alibek. Ken was a high-ranking Russian scientist who headed up their illegal biological weapons program. To say the Russians were "tinkering' with virulent pathogens would be an understatement. They were flat out creating, manufacturing, and stockpiling biological weapons of mass destruction. In the book, he outlines how there was a desire to combine two deadly pathogens into one, and that fueled Fugitive Spy's story line. Much of the things people might find far fetched in the story are actually based on history.

Dr. Ashley Drager is shocked to see that Casper English, a patient in the ER, has her photo and a tattoo that matches her father’s. Unfortunately, Casper has amnesia and is of little assistance. Ashley senses that the best chance she has of learning what happened to her missing father is to help Casper regain his memories, and she’s determined to do whatever it takes to make that happen. They embark on a journey that will place them in danger at every turn, and Ashley can barely comprehend the information that’s uncovered. Will the clues her father left behind lead them to the answers she’s longing for, as well as to her father, or will it lead them to unimaginable end?

Action and suspense start early on, and they don’t stop until the last page. The pace stays active throughout. This book doesn’t have quite as much of a medical aspect as some of Redwood’s other books. Perhaps the scariest part of the story is that it’s based on factual accounts. As usual, the author’s story is well-researched, but it’s not written at a level that’s too technical for the average reader, who will be flipping pages trying to guess the outcome while following the twists and turns of Redwood’s latest suspense. 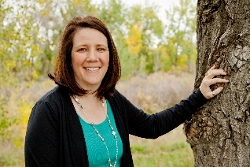 Jordyn Redwood is a nursing supervisor by night, suspense novelist by day. She hosts Redwood's Medical Edge, a blog devoted to helping authors write medically accurate fiction. Her first two medical thriller, Proof and Poison garnered starred reviews from Library Journal. Proof was shortlisted for the 2012 ForeWord Review's BOTY Award, 2013 INSPY Award, and the 2013 Carol Award. Poison shortlisted for the 2014 INSPY Award and the 2014 Selah Award. Fractured Memory was contracted through Love Inspired's Blurb to Book Contest and finaled in the Contemporary Romance Writers Stiletto Contest. In addition to her novels, she blogs regularly at Redwood's Medical Edge and the WordServe Water Cooler. You can connect with Jordyn via her website, Facebook, Twitter, and Pinterest, and she loves to get e-mail from her readers.

a Rafflecopter giveaway
Posted by Leslie at 4:30 AM