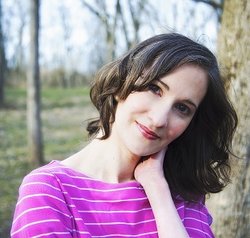 I want to extend a warm welcome to Krysten Lindsay Hager. She's here to discuss her latest release, Dating the It Guy. Here's Krysten...

The idea for Dating the It Guy came about when I was watching a biography on TV about John F. Kennedy Jr. They were talking about the stress on his wife, Carolyn, and I started wondering what it’d be like to date someone like him back in high school with all the pressures and scrutiny around him. So I created Emme Trybus, a normal high school girl who begins dating Brendon Agretti, the son of a well-known senator (and the grandson of another senator). Brendon is popular, an overachiever, and seems like he leads a charmed life. His ex-girlfriend Lauren is also an overachiever and has that perfect preppy look, and Emme always feels less than in her presence. Emme begins to feel out of place in his world. However, Brendon begins opening up to Emme about the pressures that surround him. We start to see his “perfect life” comes with more stress and drama than she realized.

This was an interesting book to write because I began it a few years ago and then came back and rewrote and added scenes as I had become aware of more pressures Brendon would be under and Emme’s response to being in his world. Writing the book made me laugh and had me choke up a few times with tears. 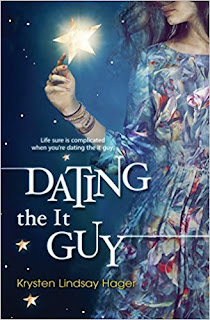 Short Excerpt:
“By the way, did you hear Lauren got into Senator Agretti’s old school?”

“Seriously? I wonder if she applied there because Brendon did,” I said.

Margaux snorted. “Duh, of course. Seriously, she might as well just pee on him to mark her territory.”

“Whatever. Anyway, the important thing is if Brendon knew she was applying there,” Margaux said. "Em, do you think he knew?”

I hoped Lauren was just trying to follow Brendon, but what if they had planned this whole thing while they were dating? What if he convinced her to apply there so they could go to college together, wear matching American flag sweaters with big scarves while drinking hot chocolate, and jump into leaf piles just like a preppy clothing catalog. At least now I didn’t have to worry about them reciting poetry to one another in South Bend, but still, what if they had made plans to go to school together?

“Don’t worry about it,” Kylie said. “She was probably trying to follow him—like she always does. She’s so pathetic.”


Kylie was trying to make me feel better, but Lauren was far from pathetic. After all, she was pretty much the “Most Likely to Succeed” poster girl. While she was out overachieving and saving the world without messing up her perfect, bouncy hair, I was trying to get through each day. I tried to push away the image of Lauren and Brendon holding hands and drinking hot chocolate under a stadium blanket.


High school sophomore Emme never expected that one day she’d be dating the It Guy at her school, popular senior Brendon, who just happens to be a senator’s son and hot! Unfortunately, his ex, Lauren, isn’t quite ready to give up on him, and she is determined to do all she can to destroy the budding relationship between Emme and Brendon. Emme has always relied on numerology and horoscopes to help her with her decisions, but that’s not working for her at the moment, especially with her grandparents’ failing health thrown into the mix. Will she be able to put her insecurities aside and tackle life head-on, trusting her own instincts? Why does high school, and life, have to be so complicated?

Hager’s authentic characters will resonate with readers of all ages as they are immersed in the story—complete with teen drama and angst, but also the relationships which make it all worthwhile. Vivid descriptions will make the reader feel they are a part of the storyline. The teens are realistic and well-rounded, and they clearly demonstrate the rollercoaster of emotions typical of the age group. Reading a book by Hager is like chatting with your best girlfriend. It is likely that readers will see themselves, and those they know, in the characters.

Disclaimer: I received a complimentary copy, but I wasn’t required to leave a review.

Besides mining her teen years and humiliating moments for her novels, Krysten is also a book addict who has never met a bookstore she didn’t like. Krysten writes about friendship, self-esteem, fitting in, frenemies, crushes, fame, first loves, and values. She is the author of True Colors, Best Friends...Forever?, Next Door to a Star,  Landry in Like, and Competing with the Star (The Star Series: Book 2). Her debut novel, True Colors, won the Readers Favorite award for best preteen book. Krysten's work has been featured in USA Today, The Flint Journal, the Grand Haven Tribune, the Beavercreek Current, the Bellbrook Times and on Living Dayton.