"Life After" by Katie Ganshert ... and a GIVEAWAY! 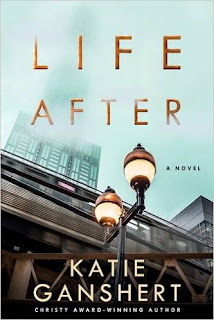 In celebration of her latest release, Katie has graciously offered to give away a hard copy of the book (US Only). To enter, see the Rafflecopter box at the bottom of this post. (Contest ends April 21, 2017.) If you are the randomly chosen winner, I'll contact you and pass on your information. Good luck!

A word from Katie...

It started with a news article. I'd just finished writing A Broken Kind of Beautiful, which meant I was on the hunt for a new idea. And here was this true story I found somewhere on the Internet of this horrendous plane crash nobody could have survived. Except somebody did. A small boy, without hardly a scratch. I remember staring at his picture, and the decimated plane ... a story slowly taking shape in my mind.

I sat down and I wrote it —this book about a sole survivor, only instead of a plane crashing, it was a train exploding. When I finished, I quickly realized it was in need of a massive overhaul, one I didn't have the energy for at the time. So I tucked it away and wrote The Art of Losing Yourself. And then The Gifting trilogy. All the while, "the train story" (as I used to call it) languished on my hard drive.

And then, one day, it was time to take it out and dust it off. Timing, I guess, is everything.

This is a highly emotional tale told by a masterful storyteller. With her descriptive writing, Ganshert takes the reader on an emotional roller coaster ride, along with the characters.

Autumn Manning was the lone survivor of a train explosion. As the one-year anniversary approaches, she still finds herself wondering why she was the only one to survive. She wants answers, and she wants to do something to ensure that the twenty-two victims will never be forgotten.

Paul Elliott’s wife was one of the victims. His daughter, Reese, has been writing to Autumn without his knowledge. Reese is searching for a sense of closure, and Paul just wants to move on. He knows that things aren’t exactly as Reese believes.

Is it possible for the three of them to find “life after” this tragic event?

This book is likely to leave the reader pondering something for the first time: what about the survivors? How do they feel and cope with “life after”? Beautiful and heartbreaking scenes abound, and the overall uplifting message is so powerful. There is so much realism to the characters. Told in alternating POV’s, this book will stick with the reader long after the final page. It really demonstrates how something good can come from tragedy.

Disclaimer: I received a complimentary copy, but I wasn’t required to write a positive review. 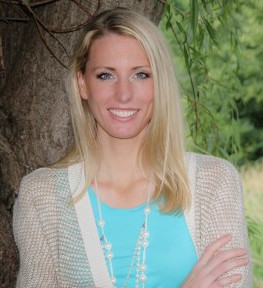 K.E. Ganshert was born and raised in the exciting state of Iowa, where she currently resides with her family. She likes to write things and consume large quantities of coffee and chocolate while she writes. She’s won some awards. For the writing, not the consuming. Although the latter would be fun. You can learn more about K.E. Ganshert and these things she writes at her website www.katieganshert.com.

a Rafflecopter giveaway
Posted by Leslie at 5:00 AM