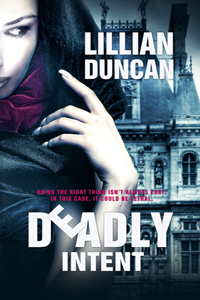 A Word from Lillian…

I'll share a bit about how I came up with Maven, a crime-fighting speech pathologist.

I was a school speech pathologist, also known as an SLP, for more than thirty years. I've also been writing for twenty. During that time, I never figured out a way to merge the two together until about two years ago, when three things happened within a week of each other.

First, I was talking with someone whose daughter had been in a serious accident that resulted in brain damage. She was having difficulty with her expressive language skills. He was telling me about a program they planned on attending to help.

Second, my brother was talking with me about my writing. He wondered why I never featured a speech therapist in any of my books. My honest answer was that I had never figured out how to work a speech therapist into a suspense story. I loved being a speech pathologist, but I'll be the first to admit that it can be a bit boring listening to a student practice S or R again for the 600th time!

Anyway, later in the week, I wasn't doing anything in particular. Probably writing in the car or with my husband watching TV. Two activities that promote daydreaming in me.

All of a sudden, a 10-second movie blip played in my head. I saw a young woman running through the woods. As she emerged from the trees, she ran onto a highway where the headlights of a truck blinded her.

In that instant, the plot of Deadly Communications was born and from that Maven, my crime-fighting speech therapist, was created. I love Maven. In many ways, she reminds me of myself. In other ways, not at all. She's definitely the adventurous one!

Maven Morris is convinced by her friend Lizzie to become a foster parent to a troubled, abandoned young boy. As he seems unable to speak, she is unsure of his name and decides to call him “Moses.”  Due to medical issues, Maven is on leave from her job as a speech pathologist. Lizzie believes that Maven is the one who can bring Moses out of his shell in order to help them determine his identity. Though she’s terrified, Maven realizes that God has brought them together. Her neighbor Paul wants to help find Moses’ family. However, he finds himself looking for Maven when she goes missing. What secrets will Maven uncover on her search, and will it cost her her own life?

This is an engaging story filled with tons of action which drives the plot. Maven suffers from Bell’s Palsy, and Duncan does a nice job of educating the reader about this disorder. This is the second book in Duncan’s “Deadly Communications” series. However, it could be easily read as a standalone. It is a quick read which will leave the reader looking forward to the next installment. 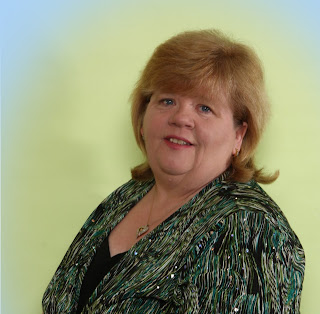 Lillian is a multi-published writer with several Amazon bestsellers, including The Christmas Stalking and Betrayed. She writes the types of books she loves to read—fast-paced suspense with a touch or two of romance that demonstrates God’s love for all of us.

Whether as an educator, a writer, or a speech pathologist, she believes in the power of words to transform lives, especially God’s Word.

To learn more about Lillian and her books, visit: www.lillianduncan.net. Tiaras & Tennis Shoes is her personal blog at www.lillian-duncan.com.

To celebrate the release of Deadly Intent, she's having a giveaway on her blog, Tiaras & Tennis Shoes, at www.lillian-duncan.com. Grand prize is a $25 Amazon gift card, but that’s not all! Five more winners will get a $5 Amazon gift card. How’s that for a celebration?

All you have to do is hop over to www.lillian-duncan.com and leave a comment on the Deadly Intent announcement. The contest ends September 26.

PS. When you leave a comment, be sure to tell her what blog you read about her on. Then check back on her blog after September 26, 2015 to see if you’re a winner!