June Featured Book #2 ... and a GIVEAWAY 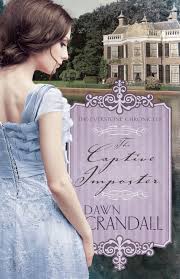 Dawn has graciously offered to give away a copy (e-book) of "The Captive Imposter" to one lucky person. In order to be entered, see the Rafflecopyter giveaway link at the end of this post. The last day to enter is June 30, 2015. If you are chosen, I will be in touch to get your information to pass along to Dawn.

Before sharing my review, here's a bit of information from Dawn.

Q.       What inspired your latest story idea?
A.     Estella Everstone has been someone I’d written about in my first two books over the last few years, but since I write each book from a different character’s first person perspective, I’d only ever seen her through the eyes of others. So once I sat down to get to know her I found out lots! And above all, it was that she needed someone other than the man I’d thought she would end up with! I’d always wanted to write a book set at a resort deep in the mountains of Maine ... and the manager of that resort just turned out to be the perfect hero for my Estella.

Q.     Please tell us about the spiritual theme of your story you hope every reader is challenged by.
A.     The spiritual theme running throughout the story has to do with being rescued by God. That He wants us, loves us and knows what is best for us.

Q.     Always wanted to be an author? Or surprised your path led you to be published?
A.     I’d always enjoyed creative writing in school (it was actually the only thing I was good at), and I’ve thought the idea of writing a novel was interesting since I was in high school .... however, I didn’t write anything other than what was assigned to me in both high school and college--and after that, nothing at all. It wasn’t until I was married and in my thirties that my husband found out about it and encouraged me. That was all I needed. I started my debut novel {The Hesitant Heiress, August 2014} in 2010, went to ACFW in 2011, signed with my agent directly afterwards, and signed my book contract with Whitaker House in 2013. So yeah, more surprised than anything!

Q.     What is your favorite characteristic about your story’s hero and heroine?
A.     I would say it has to be their determination to do what needs to be done. Estella is sent away from her family to be kept safe. She has no say, but is a willing participant. Dexter Blakeley’s personality oozes responsibility, so much so that he does so much for the benefit of others without thinking of what he needs. When he sees a need, he does everything in his power to make things right.

Hotel heiress Estella Everstone is in hiding and takes a position as a lady’s maid, under the name of Elle Stoneburner. She is headed to Everstone, the mountain hotel owned by her father. Along the way, she meets Mr. Dexter Blakely, manager of Everstone. There is a growing attraction between “Elle” and Mr. Blakely. How will he react when her secrets are revealed and he discovers that she is not as destitute as he has been led to believe? Will his feelings change? Is he merely compelled to play the hero to those in need?

Told in first person POV, this is the third installment in the “The Everstone Chronicles.”  While reading them in order could help the reader gain a greater appreciation for the series, this can be read as a standalone. It is a wonderful example of historical fiction, complete with poetic prose, vivid descriptions, and the right amount of romance. There are a number of ups and downs as the secrets unfold. This is the first story I have read by Crandall, but it will not be the last.

Disclaimer: I received a free copy from the author in exchange for an honest review. 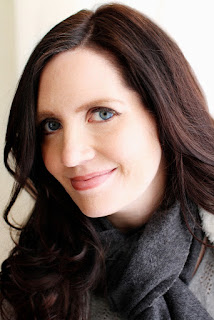 A graduate of Taylor University with a degree in Christian Education, and a former bookseller at Barnes & Noble, Dawn Crandall didn’t begin writing until her husband found out about her long-buried dream of writing a book. Without a doubt about someday becoming published, he encouraged her to quit her job in 2010 in order to focus on writing her debut novel, The Hesitant Heiress. It didn’t take her long to realize that writing books was what she was made to do. Dawn is represented by Joyce Hart of Hartline Literary.

Apart from writing books, Dawn is also a first-time mom to a precious little boy (born March 2014) and also serves with her husband in a pre-marriage mentor program at their local church in Northeast Indiana.


The Everstone Chronicles is Dawn’s first series and is published by Whitaker House. All three books composing the series were semifinalists in ACFW’s prestigious Genesis Writing Contest, the third book going on to become a Finalist in 2013. Her debut novel, The Hesitant Heiress, won the inspirational single title category of the RWA Gayle Wilson Award of Excellence in 2015!

Where you can find Dawn online…

Here's the link for purchase:
http://www.amazon.com/Captive-Imposter-Everstone-Chronicles-Book-ebook/dp/B00VKLN3JS/ref=sr_1_1?ie=UTF8&qid=1433546258&sr=8-1&keywords=the+captive+imposter

a Rafflecopter giveaway
Posted by Leslie at 7:48 AM