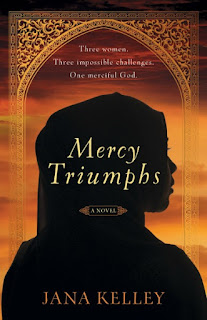 Mia, Halimah, and Rania are three very different women, but they all believe in the same merciful and faithful God.

Mia is an American who's been living in Sudan or three years with her family. She and her husband are helping to bring people to Jesus. Mia met Halimah when she came to stay with them after her family disowned her for being a Christ-follower. Halimah is now working with refugees in Kenya. Rania is Halimah's sister. She is attending art school and staying with relatives in Dubai. When she graduates, she will be expected to follow through on an arranged marriage to a Muslim. All of them want to serve God and bring others to him, but they are worried time is running out for them to do that. Can they learn to wait on God in His perfect timing? Or will God show them that He has better plans than they could envision?

This is the third book in the series, and I have my fingers crossed for sequel! It could be read as a standalone, but a greater appreciation will be gained by reading the series in order.

Kelley's characters show modern-day persecution and the life of Muslims living in Sudan. This book, like the others, is based on real-like events. They challenge the reader to consider things they never thought about in the past, such as the struggles Christians face when under Islamic law and cultural differences. It's a truly captivating and heartwarming tale, with beautiful prose and overall reminder to trust God. He has a plan for everyone, no matter where they may be planted. A glossary (Arabic and Swahili) is included.

Disclaimer: I received a complimentary copy from the publisher (as part of the LitFuse blogger program), but I wasn't required to leave a positive review. 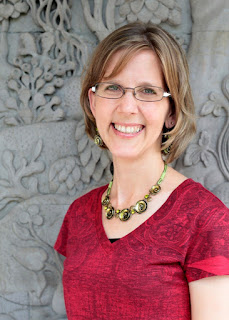 Author of the captivating novel Side by Side, Jana Kelley is a Texan who hardly ever lives in Texas. Raised in Southeast Asia, Jana developed a love for cross-cultural living early in life. Her love for writing came soon after. Jana returned to Texas to attend East Texas Baptist University. She and her husband married a month after she graduated, and by their second anniversary, they were living in a remote African town. After thirteen years living in Africa and the Middle East, Jana, her husband, and their three boys moved to Southeast Asia, where they currently live.
Posted by Leslie at 6:27 AM