"A Season to Dance" by Patricia Beal ... and a GIVEAWAY! 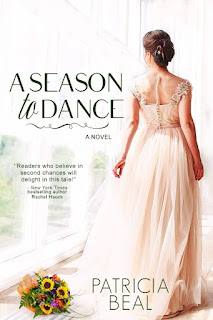 In celebration of her latest release, Patricia has graciously offered to give away a hard copy of the book (US Only). To enter, see the Rafflecopter box  at the end of this post. (Contest ends May 19, 2017.) If you are the randomly chosen winner, I'll contact you and pass on your information. Good luck!


A Word from Patricia...
Writing a novel was an old dream. It first crossed my mind in 1987 when, growing up in Brazil, I read Paulo Coelho’s The Alchemist. But for years I didn’t have a good idea. In January of 2011, on I-40 (somewhere between Nashville and Winston-Salem), I had a good idea. I wrote a chapter every Saturday and finished the first draft before the end of the year.

I hired coach Gloria Kempton via Writer’s Digest to look at the whole thing and tell me if it was any good.

She saw potential in the story of a small-town professional ballerina with big dreams but explained I needed a clearer quest, more telling details, better scene structure, and better balance between sequels and dramatic scenes. I joined Gloria’s critique group and spent almost a year rewriting.

In the summer of 2012 I started querying. Days passed. A week passed. A month passed. And all I did was collect rejections. I became bitter. Bitterly sad at first. Then bitterly discouraged. And then bitterly ugly. I’d never been ugly before. Not like that.

Up to that point, I’d believed that there was some kind of “god” out there and that being good was right and that it paid off. But with the disappointments of the publishing journey, those beliefs became a joke to me. I stood in the middle of my empty kitchen—husband deployed, kids at school, my first dog had just died. And I looked at that inbox full of rejections and stated to whomever or whatever was out there: “God is dead.”

Mercy. Surely I said that to the “god” of my imagination, and not to the real God—God as He reveals Himself in the Bible. But I know that He was in that kitchen with me. He was about to show me I was wrong.

My newfound lack of restraint and selfishness didn’t really make me happy. I wanted to go to therapy. I wanted a job. I still dreamed of that book deal that had to be just around the corner. I wanted, I wanted…

But nothing happened, and it didn’t matter how hard I tried to get help, get happy, and find any kind of relief for the pain I felt. Nothing. Happened. I’d never seen so many closed doors—slammed-shut doors—ever in my life. Even the shrink kept double booking, closing early, and somehow cancelling on me. It was ridiculous.

There was one open door. When God planted our family in the El Paso desert, He planted us two blocks from a friend from the Fort Benning years. A friend whose claim to fame was church shopping whenever the Army moved her family. I asked her to take me to church on the first Wednesday of January of 2013.

I fell in His arms. Surrendered, defeated, and dependent. Or what God likes to call—ready. I was born again two weeks later and was baptized on Super Bowl Sunday that February.

I had tickets to go to New York for the Writer’s Digest conference that spring, but sometime in March, it dawned on me: “A Season to Dance is a salvation story without the salvation piece.”

The novel isn’t just the story of a small-town professional ballerina who dreams of dancing at the Met in New York and the two men who love her. It’s also the story of a girl desperately trying to fill the God-shaped hole in her heart with often misguided career and romantic pursuits.

Now, I had work to do. I spent 2013 and the first half of 2014 rewriting the whole thing. Five ladies from my Sunday school class read chapter after chapter as I produced them and cheered me on through that gruesome process. I couldn’t have done it without their support.

Jeff Gerke edited my novel in the summer of 2014 and had me read Robert McGee’s The Search for Significance: Seeing Your True Worth Through God's Eyes. I was ready to do it right. The novel was ready. It was time.

I went to my first Christian writers conference, the ACFW 2014 in St. Louis. Two weeks later, Les Stobbe offered to represent me, and in early 2016, I signed with Lighthouse Publishing of the Carolinas.

Can’t wait to see how many people will journey to their own season to dance with me and with ballerina Ana Brassfield.

Ballerina Ana Brassfield has always dreamed of performing at the Met. In addition to pursuing her goal, she is also planning her wedding to Peter Engberg. However, one mistake changes everything. A broken engagement has Ana travelling to Germany with her first love, German dancer Claus Gert. He has had his eyes set on winning Ana back for some time. Ana hopes that a position with Claus’ company can help her fulfill her dreams. Has Ana finally come into her season to dance?

A Season to Dance showcases the beauty of dance and transports the reader on a cultural journey, along with Ana. The heroine’s struggles are realistic in this multi-layered tale. The story provides an insider’s look at a professional ballerina’s life, with added depth from the author’s personal experience as a dancer. Beal’s debut shows that she has a bright future ahead!

Disclaimer: I received a complimentary copy, but I wasn’t required to write a review. Opinions expressed are my own.

Q: Great advice! What can you tell me about your next project?
A:I wrote a second book, but I’m still editing it. It’s called The Song of the Desert Willow, and it’s a split-time military romance. The contemporary and central part of the novel is the story of a college graduate (Clara) who thought she’d sworn off soldiers forever and of a young Army captain (Andrew) whose first shot at love and marriage imploded on the steps of a West Point chapel on graduation week.

She takes a break from a long and unfruitful job search to travel to Fort Bliss, Texas, to deliver her grandmother’s last love letter, a letter to a retired general Clara has heard about since she was born. When he is delayed in Germany with a weak heart, Clara’s stuck in Texas and Andrew is put in charge of her well-being.

The story has a lot of my grandma’s history in it—life in the German colonies of the south of Brazil before WWII, the beginning of the shoe industry there (still famous worldwide, with women’s shoes always available at stores like Neiman Marcus), the life of the richest family in town, the most influential man (my great grandfather), his death, loss, change. It’s fascinating to me, and I pray I can paint a vivid picture of this most unusual slice of history and get people to care.

Q:That sounds good. I look forward to reading it. What is your favorite writing-related book?
A:The First 50 Pages by Jeff Gerke. I love his voice (you'll think he's next to you sharing cool tips over a cup of coffee), the material is fantastic, and he uses movies to illustrate writing/plotting technique. If you're not familiar with a movie, you can become familiar in two hours. If you're not familiar with a novel, it takes longer. A lot longer. I also like Rivet Your Readers with Deep Point of View by Jill Elizabeth Nelson. Here’s another gem: Victim of Grace by Robin Jones Gunn. Robin shares her path to publication, the many times she wanted to quit, the blessings in disguise, and the many troubles of the early stages of the writing/publishing life. She bares her heart and makes us stronger. A wonderful and encouraging read for the frustrated, rejected, tired, and everything in between.

Q:You definitely listed some gems. What is the message you hope readers take from your book?
A:That Jesus is still the answer and that no amount of professional success and/or romantic love will ever fill the hole in the human soul that only God can fill. And for those who already know that, that the lost sheep you pray for and who seems a million miles away from the Lord could be closer to conversion than you think. Keep praying.

Q:So true! What is something about you which would surprise your readers?
A:I’m autistic. I was diagnosed with Asperger’s Syndrome in 2014.

Thanks for sharing, Patricia. I'm sure my readers will enjoy getting to know you a bit better. 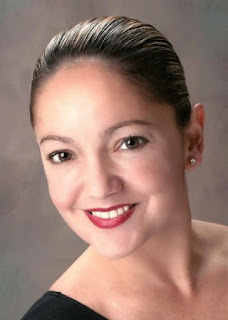 Patricia Beal is a 2015 Genesis semi-finalist and First Impressions finalist. She is represented by Les Stobbe of the Leslie H. Stobbe Literary Agency, and A Season to Dance is her debut novel (Bling! Romance/Lighthouse Publishing of the Carolinas, May 2017). Patricia writes from El Paso, Texas, where she lives with her husband and two children.


a Rafflecopter giveaway
Posted by Leslie at 4:00 AM