Sole Sister by Brooklyn James … and a GIVEAWAY! 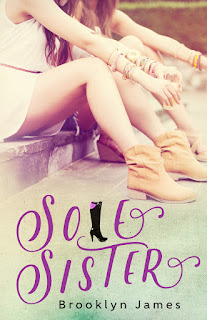 To celebrate her most recent release, Sole Sister, Brooklyn James has agreed to do a giveaway. To enter, go to the Rafflecopter box at the end of this post. You must enter by August 19, 2015 to be eligible to win.

The inspiration behind the book:

Brooklyn: "The inspiration behind Sole Sister was driven by fans of The Boots My Mother Gave Me. I never intended to write a sequel to 'Boots.' I figured it would be a stand-alone forever. But with encouragement from fans, I decided to continue the series from Kat's POV. I think a lot of readers identify very well with Kat, maybe even more with her than with Harley. And, as a writer, it was great to play with Kat's character development. To see her transform from that lost, rebellious teen/young adult into a conscientious woman making better choices for herself was fulfilling for me."

The second book in The Boots My Mother Gave Me series, Sole Sister picks up several years later, continuing the story of Harley LeBeau and her rebellious sister Katrina ‘Kat’ LeBeau.

Relocating to Nashville to be closer to Harley and Miah, Kat aspires to launch her Sole Sister fashion line. A gutsy and impromptu plan suddenly lands her on the cover of The Ville Spill—the local celebrity gossip rag—alongside country music’s latest heartthrob, giving Sole Sister the push it needs. But Kat quickly learns that not all press is good press.

Years removed from an abusive childhood and teenage pregnancy, the past that Kat never talks about continues to seep into her life and relationships. Still struggling with the images of finding her father after his suicide, Kat forges ahead, vowing to avoid past mistakes. To focus on her career and responsibilities as a single mother, she swears off the disappointments of love. The first man she ever loved, her father, broke her heart. The first boy she ever fell in love with, her daughter’s father, broke her heart.

What Kat didn’t plan on was Nashville SWAT Officer Connor Reese. She and Connor have more pulling them together than keeping them apart. Kat finds herself in familiar territory when her plan to steer clear of heartache is derailed after spending a night in his arms. Will facing her past help to secure her future? Will Connor offer her a second chance at life and love? Or will her heart break yet again?

Staying true to its predecessor, Sole Sister explores the dynamics of strength in sisterhood, the ongoing conflict and unconditional love between mother and daughter, and the courage to become more than one’s past. 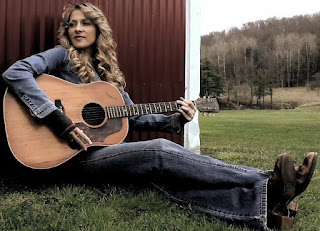 Brooklyn James is an author/singer/songwriter inspired by life in the Live Music Capital of Austin, Texas. Her first novel, The Boots My Mother Gave Me, has an original music soundtrack and was chosen as a Quarter Finalist in the Amazon Breakthrough Novel Awards. This book has ranked in Kindle's Top 100 Coming of Age and Women's Fiction.

When she is not writing books, she can be found playing live music around Austin as part of an acoustic duo. Brooklyn has been in a Weezer video, met Harry Connick Jr. as an extra on the set of When Angels Sing, and she was Mira Sorvino's stand-in on Jerry Bruckheimer's Trooper pilot for TNT. She most enjoys being a wife and mother, reading, dancing, working out, fishing with her hubby, and a good glass of kombucha.

Brooklyn holds an M.A. in Communication and a B.S. in both Nursing and Animal Science. Her nursing career has seen specialties in the areas of Intensive Care and Postpartum. She serves as a Guest Speaker with a focus on awareness and prevention of Domestic Violence and Suicide.
You can also find her music on Amazon, iTunes, CDBaby, YouTube, and Pandora.

Brooklyn James
The Boots My Mother Gave Me
Sole Sister
The Vigilare Series
Let It Go
Just Not Ready Yet
Get This Body In A Barn: The Milkmaid's Guide To Fitness


a Rafflecopter giveaway
Posted by Leslie at 7:00 AM