"Most Wanted" by Lisa Scottoline ... and a GIVEAWAY! 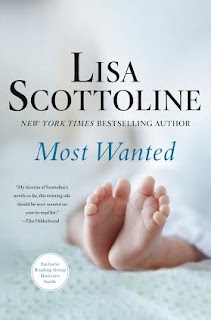 In celebration of her latest release (on April 12, 2016), Lisa's publisher has graciously offered to give away a hard copy of the book (US Only). To enter, see the Rafflecopter box at the bottom of this post. (Contest ends April 15, 2016.) If you are the randomly chosen winner, I'll contact you and pass on your information. Good luck!

I love novels that involve the complexity of moral and ethical issues. And this idea just came to me one day, because I was thinking about how much my daughter means to me, and I'm a single mother with only one child. And I thought about what if I couldn't have had her, and then what if I had used a sperm donor, and then what if my donor turned out to be a suspected serial killer? It was as crazy a what-if as I could imagine but also one that would involve a lot of moral, ethical, and emotional complexity, so I got busy!

You can read my review at the following link:
http://rtbookreviews.com/book-review/most-wanted-4
(I rated it 4.5 - TOP PICK!/5 stars.) 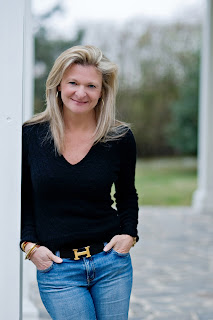 You can find her online at:

a Rafflecopter giveaway
Posted by Leslie at 7:26 AM