Celebrate the release of Mermaid Moon with Colleen and a mystery e-reader prize pack giveaway!

One grand prize winner will receive:
Enter today by clicking the icon below. But hurry! The giveaway ends on February 1st. The winner will be announced February 2nd on the Litfuse blog.


After the mysterious death of her father, Mallory Davis returned home to Mermaid Point, a place she left fifteen years ago. After seeing her dad’s new boat, she knows there is more to his death than she was led to believe, as his finances would not allow such an extravagant purchase. She feels he was murdered. Game warden Kevin O’Connor tends to agree with her assessment, but he is leery to trust her again after she broke his heart years ago. Together, they hope to arrange the puzzle pieces surrounding the death. But first, Mallory must stay alive. With his last breath, Mallory’s father left her with some cryptic information which leads her to try and track down her birth parents. Mallory thinks she is being watched, though she cannot imagine who would be after her or why she and her daughter are being threatened. Could everything somehow be related to her adoption? Will she be successful in tracking down her biological parents? Are they connected as well?

This book is second in Coble’s “Sunset Cove” series, but it could be read as a standalone. It is chock full of drama and mystery. The suspense is well executed and keeps the reader guessing throughout, and there are some surprise twists along the way. Key themes include second chances and forgiveness, especially of oneself. Coble is an excellent storyteller, and her latest does not disappoint!

Disclaimer: I received a free copy from Litfuse in exchange for an honest review. 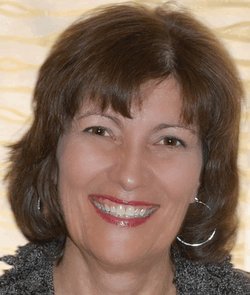 Bestselling author Collene Coble's novels have won or finaled in awards ranging from the Best Books of Indiana, the ACFW Carol Award, the Romance Writers of America RITA, the Holt Medallion, the Daphne du Maurier, National Readers' Choice,and the Booksellers Best. She has over 2 million books in print and writes romantic mysteries because she loves to see justice prevail. Colleen is CEO of American Christian Fiction Writers. She lives with her husband Dave in Indiana. Visit her website at http://colleencoble.com